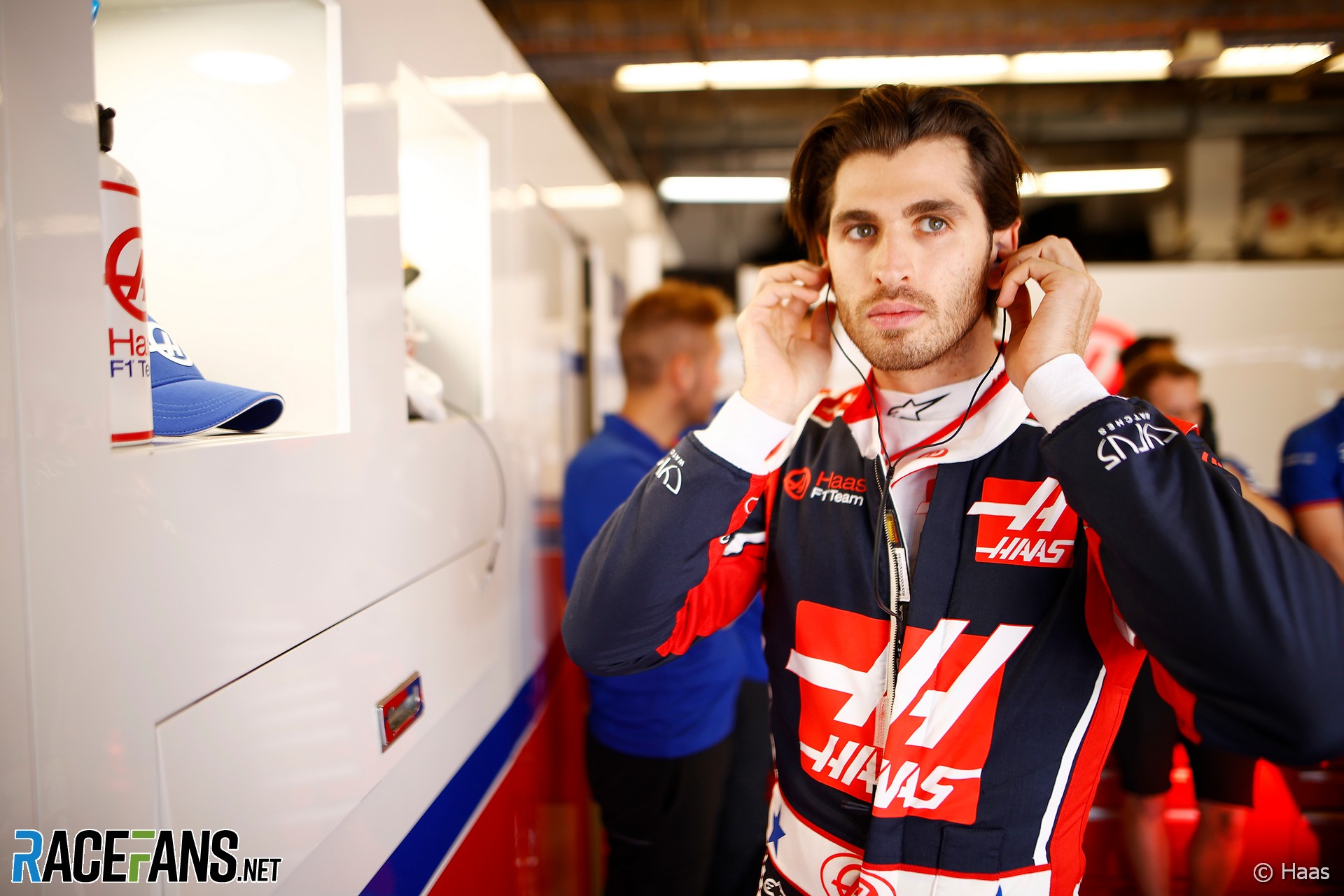 Antonio Giovinazzi doubts his crash in practice at the Circuit of the Americas will harm his chances of earning a comeback to Formula 1 next year.

He lost his seat in F1 at the end of last season after three years at Alfa Romeo. He returned to drive for Haas for the second time this year in practice for the United States Grand Prix, but spun into a barrier at turn six on his fifth lap.

Haas is considering potential replacements for Mick Schumacher in its line-up for next year. Team owner Gene Haas said the second-year driver had crashed too many times this year.

However Giovinazzi is confident teams will put his performance and experience of 62 starts in F1 instead of writing him off on the basis of a crash in practice.

“It’s Formula 1,” he said. “Sometimes you deserve to stay and you don’t take the seat, it’s just like this. It’s racing.

“For sure it doesn’t help but from the other side I showed already in F1 what I can do. I know that it’s not up to this one lap and few corners that will end my career.

Giovinazzi says he wasn’t trying for a fast time when he crashed and suspects a gust of wind may have unsettled the car.

“I wasn’t pushing,” he said, “if I was pushing, it was the last lap of the session, giving all in that lap to surprise everyone, but I wasn’t. It was only my second push, first push with DRS on.

He said Nyck de Vries’ unexpected F1 debut at Monza, which led to him securing an F1 drive with AlphaTauri next year, gives him hope he might be able to make a return to F1.

“Never say never, to be honest, in F1,” said Giovinazzi. “We saw what happened with Nyck in Monza. So let’s see what happens. But so far I don’t know yet what I will do in 2023.”

The former Ferrari Driver Academy member is hoping to win a place in their new World Endurance Championship team if he cannot secure a place in F1 next year. “Of course the priority is to come back here,” he said. “If not, it’s not a secret, I would like to go to Hypercar. So let’s see what happens.”