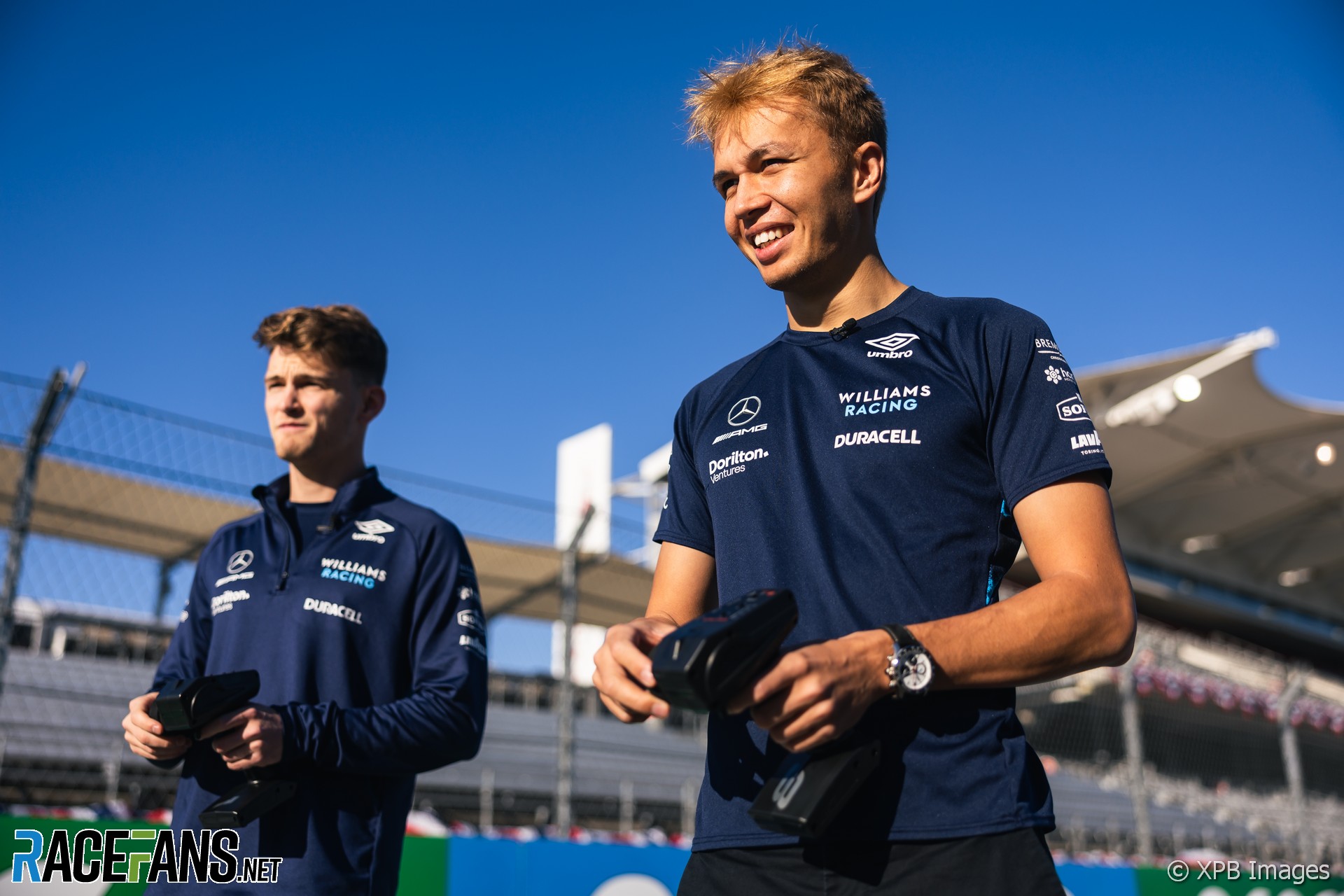 Albon joined Williams for the 2022 season, and in early August signed a multi-year deal that would keep him at the team for 2023 and beyond. The following month Williams confirmed Nicholas Latifi would not remain at the team for a fourth season next year.

Williams’ intended replacement for Latifi is Logan Sargeant. During the United States Grand Prix last weekend the team announced the American driver will take the seat providing he qualifies for an FIA F1 superlicence.

Over the past 10 seasons, eight of the 12 drivers that Williams have run joined the team as rookies. Capito says their success with young drivers is what made Sargeant suitable for the seat while other teams have chased experienced drivers for 2023.

“I think we have the right environment [for young drivers],” Capito explained. “Also the situation with Alex [Albon] supports having a rookie and a young driver, because Alex is a team leader, he has experience, still being young, and his attitude also towards Logan is that he’s not holding back.

“He’s supportive of Logan, he supports a young driver. This is his charisma and his characteristic, it’s absolutely in line with getting the young driver in the team. And also when we had discussions with Alex, Alex was also pushing to have Logan as second driver besides him. So that’s what he wanted as well.”

Capito said Williams knew from the British Grand Prix in July that “Logan was ready for F1” but held off entering 2023 contract talks due to how early it was in the Formula 2 season and the possibility that Sargeant would not qualify for a superlicence. That now seems a formality as he sits third in the F2 points table with two races to go.

“Of course [Silverstone] was so early in the season that you can’t commit that because there’s so many things to come, and it went up and down. But when we see that Logan is a race-winner in F2, then it’s okay, he’s ready for next year.

“But it was still too far away. So we had to talk to other drivers as well and sort out the options. So that helped us also taking the final decision, and also cover the risk if Logan for whatever reason would not get the superlicence points.”

On the day his F1 seat was announced, Sergeant made his practice session debut with Williams at the Circuit of the Americas. He will drive in the first practice session at two more races this year to prepare for 2023.