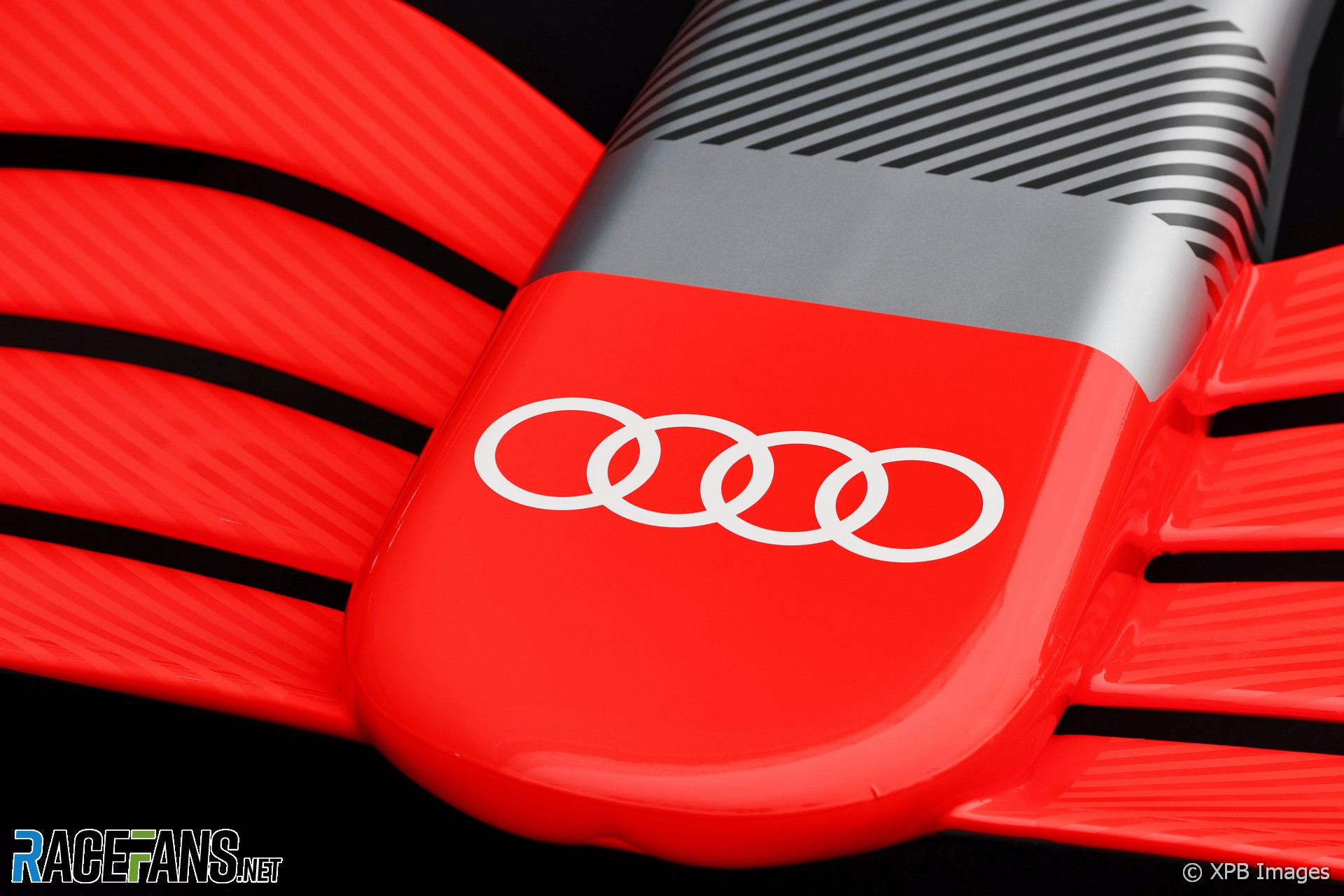 Audi has announced it has selected the Formula 1 team it will supply power units to when it enters the series in 2026.

The Swiss-based Sauber team, whose F1 entry has been branded by Alfa Romeo since 2019, will partner with the German manufacturer. Audi will take a stake in the company and Sauber will compete as its works team from 2026.

The news has been widely expected since Audi confirmed in August it plans to enter the series. Alfa Romeo confirmed within hours of that announcement its partnership with Sauber will end after the 2023 F1 season.

Audi will enter F1 in 2026 to coincide with the introduction of new power unit regulations. Sauber will continue to use Ferrari power until then, the team confirmed.

Sauber’s chassis building operation will remain at its well-equipped factory in Hinwil, Switzerland. Audi’s power units are to be developed 250 kilometres away in Germany, at the Audi Motorsport Competence Center in Neuburg an der Donau.

“The partnership between Audi AG and Sauber Motorsport is a key step for our team as we continue to make progress towards the front of the grid,” said team principal Frederic Vasseur.” To become Audi’s official works team is not only an honour and a great responsibility: it’s the best option for the future and we are fully confident we can help Audi achieve the objectives they have set for their journey in Formula 1.”

Audi board member Oliver Hoffman said Audi had selected “an experienced and competent partner” for its first entry into F1. “We already know the Sauber Group with its state-of-the-art facility and experienced team from previous collaborations and are convinced that together we will form a strong team.” Audi used Sauber’s wind tunnel to develop its successful Le Mans prototype sports cars and DTM touring cars.

F1 CEO Stefano Deomnicali welcomed Audi’s confirmation of its plans. “It is great news to hear that Audi will have a partnership with Sauber for their entry into Formula 1 in 2026,” he said. “The combination of those two names is a very exciting prospect for our sport.”

Sauber has a long history of involvement with other manufacturers. Prior to its Audi tie-up the operation served as BMW’s F1 team from 2006 to 2009. It arrived in F1 in 1993 with Mercedes power but rumours it would become their works F1 team never materialised, despite the successful collaboration between the two in sports car racing.