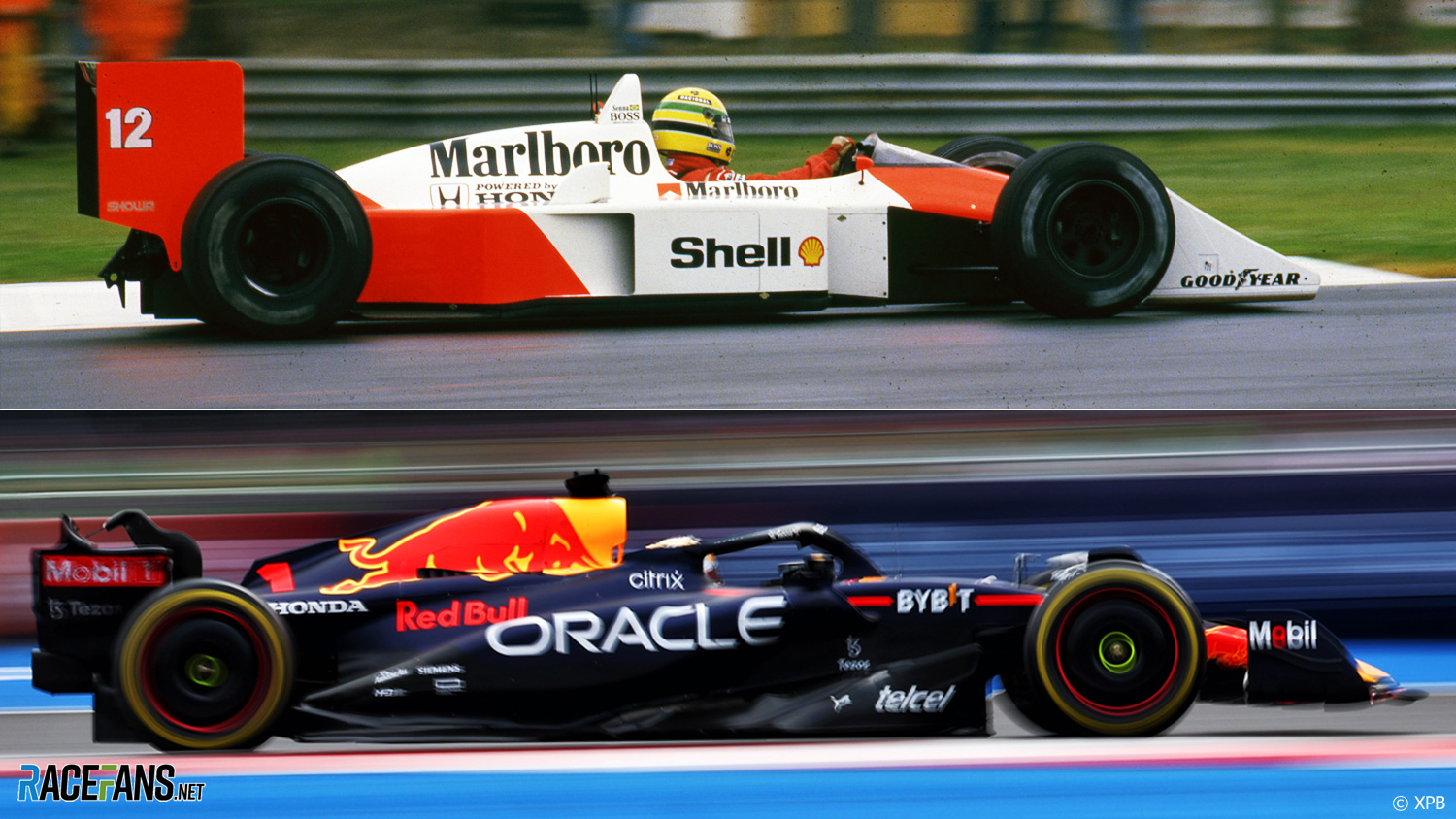 The outcome of the Mexican Grand Prix was all about the toppling of the 18-year-old record for most wins scored in a single season.

Max Verstappen took his 14th win of the year in Mexico. Former record holders Michael Schumacher and Sebastian Vettel didn’t have the luxury of 20 races to hit the milestone (never mind two more to push it yet higher), but it’s generally been the case that F1’s ever-growing calendar has enabled this record to grow and grow.

The Red Bull driver also broke the record for most points scored in a world championship season. Again, the fact the calendar keeps getting longer has made this more achievable, as have changes in F1’s points systems over the years. He’s now on 419, six more than the former record set by Lewis Hamilton three years ago, with 60 available over the remaining grands prix plus Brazil’s sprint race.

Verstappen’s win gave Red Bull their ninth consecutive victory, which equals their best ever winning run. They last scored nine in a row over the final races of 2013, all of which were victories for Vettel. However Verstappen’s winning run this year was interrupted after five races by team mate Sergio Perez winning the Singapore Grand Prix.

The Mexican GP has now been won by Verstappen four times in the past five years. Besides the Autodromo Hermanos Rodriguez, the only other venue where Verstappen has taken four victories is the Red Bull Ring.

As the only Dutch driver ever to have won a race, Verstappen has single-handedly moved the Netherlands (34 wins) ahead of the United States and Spain (33 each) in terms of total victories, and into F1’s top 10 most successful nations in terms of wins.

If Red Bull win the final two races of the year they will equal the all-time record for most consecutive wins by the same team. That was set by one of Formula 1’s greatest cars, the McLaren-Honda MP4/4. Ayrton Senna and Alain Prost won 11 consecutive races in the car at the beginning of the 1988 season.

The MP4/4 won all but one of the 16 races held that year. Verstappen’s victory on Sunday was the 16th for the RB18.

Verstappen also took his sixth pole position of the year and the 19th of his career last weekend. It was his first in Mexico but Red Bull’s second, Daniel Ricciardo having taken his most recent pole position for them at this venue in 2018.

The fastest lap was taken by George Russell, the fourth of his career, putting him on a par with Lando Norris, as well as Jo Siffert, Jean-Pierre Beltoise, Patrick Depailler and Jean Alesi. This was the third time in the last four races Russell has set the fastest lap, and the fifth of the season for Mercedes, who remain yet to win a race.

For the fifth time in the last seven races, Charles Leclerc and Sergio Perez swapped places in their battle over second place in the championship. Both drivers have made it clear they’re not especially excited about which of them claims the runner-up spot, but it is of interest to Red Bull, as they’ve never previously had both their drivers occupy the top two places in the championship at the end of the year.

Have you spotted any other interesting stats and facts from the Mexican Grand Prix? Share them in the comments.