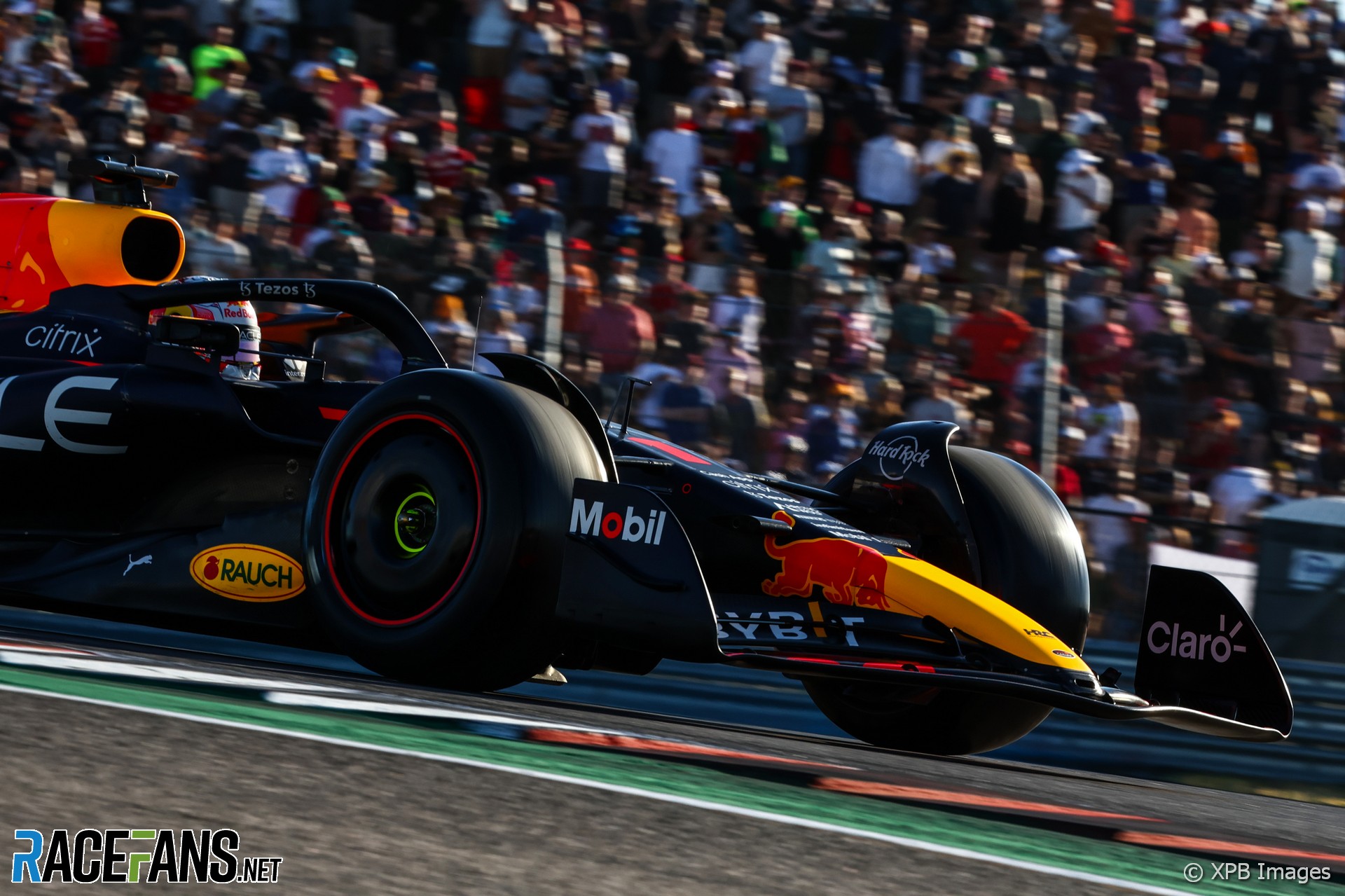 Max Verstappen’s chief concern with Pirelli’s current Formula 1 tyres is one area the manufacturer plans to improve next year.

Pirelli’s F1 chief engineer Simone Berra explained the work which has gone into the 2023 compounds and how that has been influenced from the feedback of drivers this season.

Verstappen, a driver who prefers a precise front-end and a looser rear to his car, identified the lack of grip from Pirelli’s front tyres as a concern earlier in the year, saying at the Canadian Grand Prix about wanting “more front end”.

At the French Grand Prix the following month Verstappen went into more detail, saying “the main limitation” causing an understeer trait in this year’s Red Bull “has been the tyres”.

“Already from the get-go when we were in Bahrain you could just feel like all the time when you really want to carry a lot of speed in, probably due to the weight of the car and just the structure of the tyre, it gives up a lot mid-corner, which is not ideal,” Verstappen remarked.

“But that’s why as a team you have to work around that issue with the car to try to make the car turn a bit better. Which on some tracks of course is better and some tracks it’s more of a limitation just because of the layout. But I hope of course for next year something can be done [with the tyres].”

Red Bull have made changes to their car to produce a more satisfactory handling balance for Verstappen. Berra said that for next year’s tyres there will be more change to Pirelli’s front tyres than the rears.

“We had some information that the front tyre is – let’s say the weakest axle at the moment is the front, so we worked a lot on the front axle structure,” he explained.

A stronger build of the tyre means a lower pressure is required for the tyre’s structure to hold rigidity. Teams can increase the grip level for cornering by increasing pressures, which reduces understeer, but a consequence of that is more weight transfer on the rear axle and therefore a greater tendency for oversteer.

“At the moment we have a big delta between front and rear and we would like to decrease a little bit this. So our intention and our target is to run at lower pressure on the fronts.”

Berra confirmed “the first target” of the 2023 tyres was “to decrease the level of understeer”, as with the current compounds “in low-speed corners, it seems that the front tyre is quite weak.”

“The problem is that even running too high pressure is not helping,” he added. “So with the new structure, it’s stiffer. That tends to give us more integrity resistance [so] we can go lower with the pressure and I think that tyre can work better.”