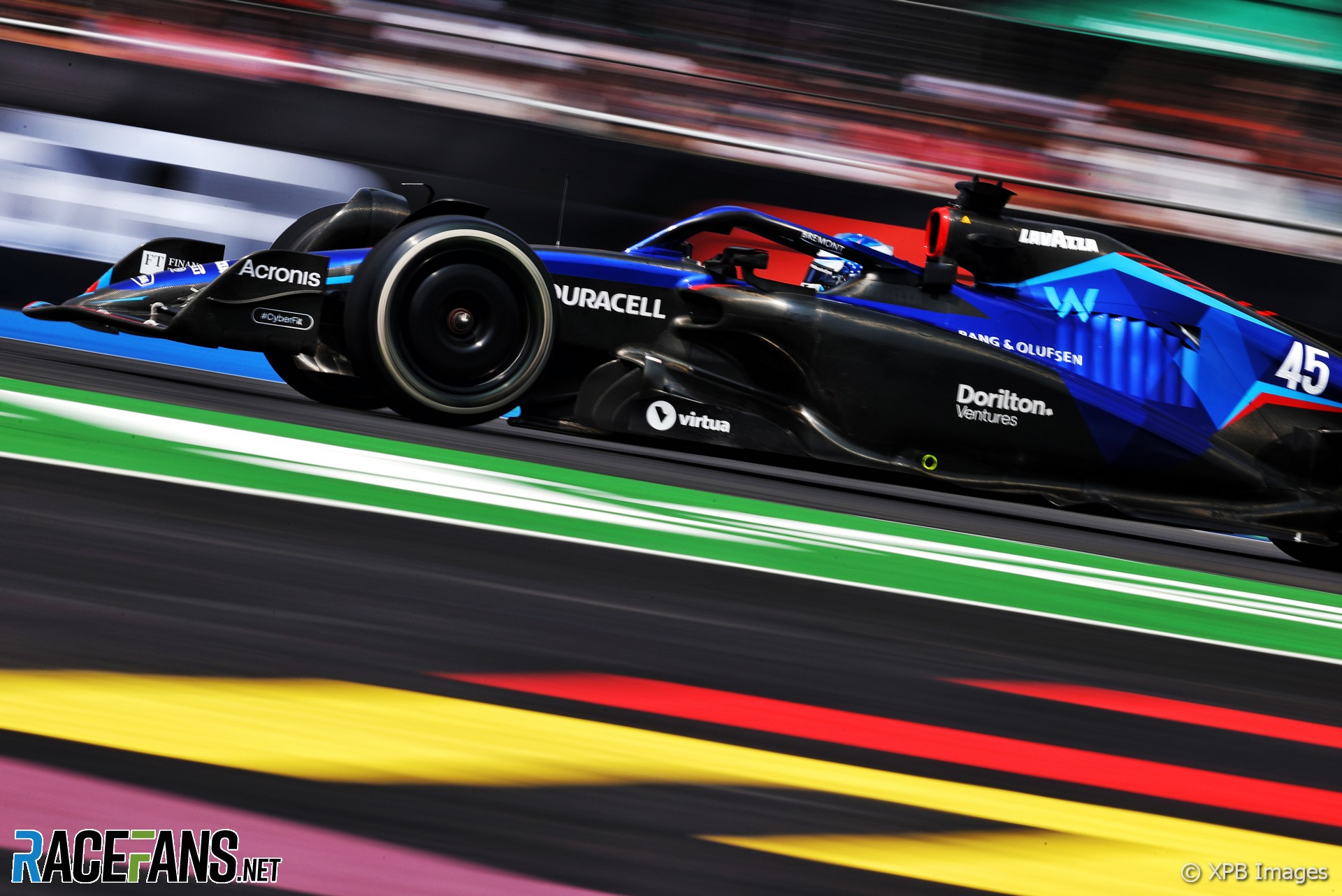 Williams have confirmed Logan Sargeant will drive in Formula 1 practice for the third event in a row this weekend at the Brazilian Grand Prix.

Following his first practice runs on Fridays at the United States and Mexican grands prix, Sergeant will drive in Saturday’s second practice session at Interlagos. He will take over the car of his intended 2023 team mate, Alexander Albon.

The Formula 2 star has been signed by Williams to race in F1 next year but is yet to secure an FIA superlicence.

“I’m looking forward to getting back in the FW44 for FP2 in Sao Paulo,” said Sargeant. “I can’t wait to keep progressing with the team and building on the experience I gained in Austin and Mexico City.

“To be given the opportunity to drive at such an iconic track like Interlagos with its banked corners and the Senna S is a great feeling. A massive thank you once again to everyone at Williams for giving me another chance to get behind the wheel.”

After his FP2 outing, Sergeant will be back in one of Williams’ cars at Yas Marina Circuit at the end of the month as he will drive in FP1 at the Abu Dhabi Grand Prix and also in the post-season test at the circuit.

Williams’ head of vehicle performance Dave Robson explained why Sargeant will run in FP2 this weekend.

“This is unusual for a sprint event and is more difficult than usual as Alex’s car will be in parc ferme during FP2,” he said. “However, the experience that Logan will get is invaluable, and giving him another opportunity is a good investment in his future.

“He did an excellent job in Austin and Mexico City and we are confident that he will do so again despite the unusual weekend format.”