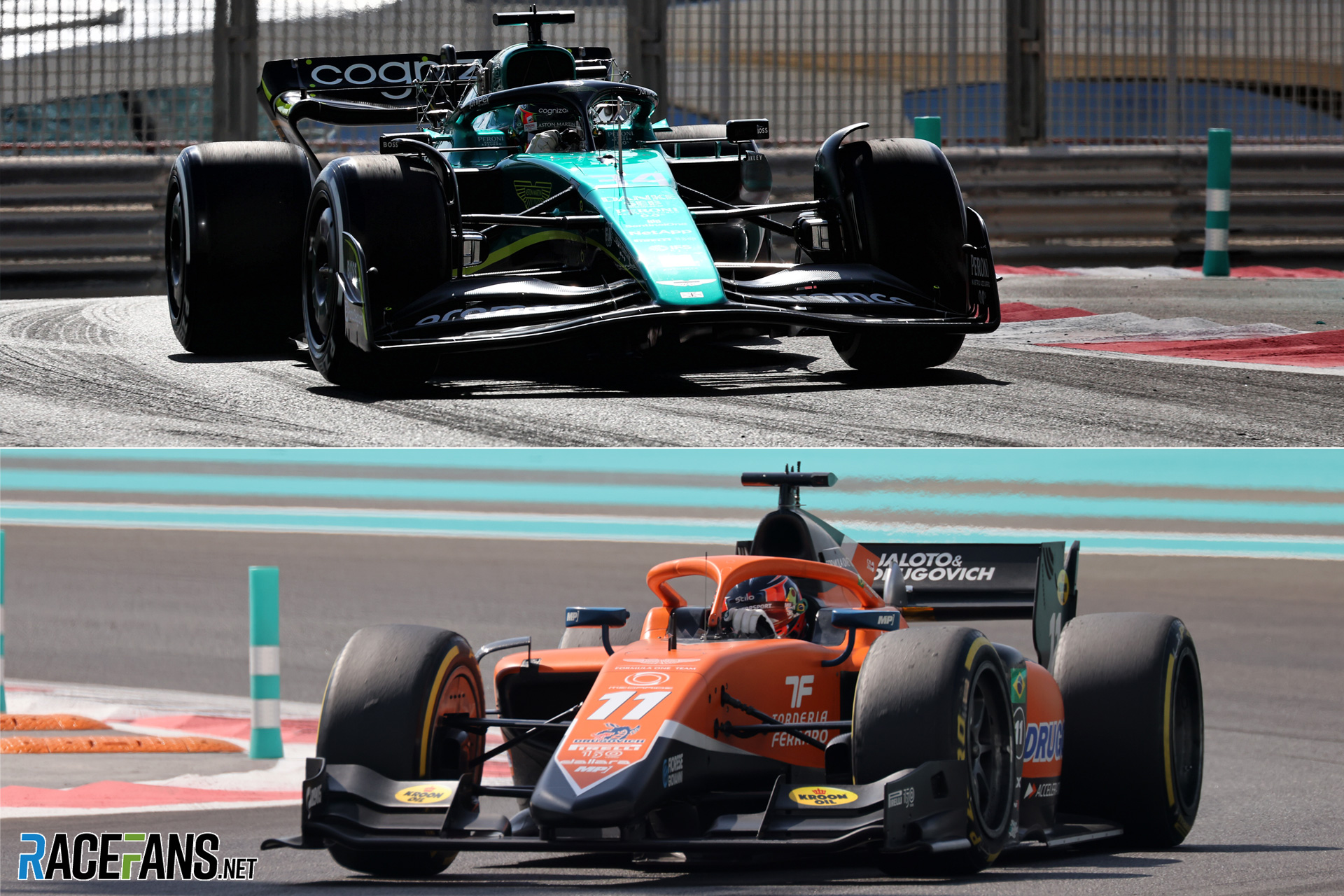 Felipe Drugovich admitted he was caught out when he had to make a rapid transition from testing a Formula 1 car to qualifying his regular Formula 2 machine.

The F2 champion made his debut in an official F1 practice session for Aston Martin yesterday. Half an hour after climbing from Lance Stroll’s AMR22, Drugovich was being strapped back into his MP Motorsport-run machine to claim his place on the starting grid for this weekend’s pair of F2 races.

“Everything was in a rush today,” Drugovich told media at Yas Marina on Friday. “It was even a little bit too much, I would say from FP1 to to quali.

“They put it like that and it wasn’t nice. I think at least a few hours would be good just to disconnect from one and connect to the other.

“We basically just jumped out from our car and changed the suit and then jump straight into F2. On the first push lap in F2 I think it was a bit weird, I would say, but after that it was fine again.”

As he re-acclimatised to a car which lapped the Yas Marina some eight seconds slower, Drugovich admitted he was caught out by how much earlier he had to brake on his first lap.

“I over-pushed massively in turn one in F2, even though I was already like with that in mind [to go slower], you always have the feeling of ‘I can go faster’. I just said ‘okay, low fuel, new soft tyres on the F2, I can push it as well’ and I just basically overshot the corner completely. So I had to take it easy after that.”

Having tested Aston Martin’s 2021 car at Silverstone two weeks ago, Drugovich said he adjusted quickly to the differences of its latest machine.

“It was actually straightaway quite comfortable. The cars to drive I wouldn’t say they are so different from F2 because they are very stiff and very low to the ground all the time.

“I think pretty much every team they’ve managed to fix the porpoising stuff so it wasn’t something like crazy different to drive. But there’s always those little techniques I need to learn and it’s just with time they will come.”