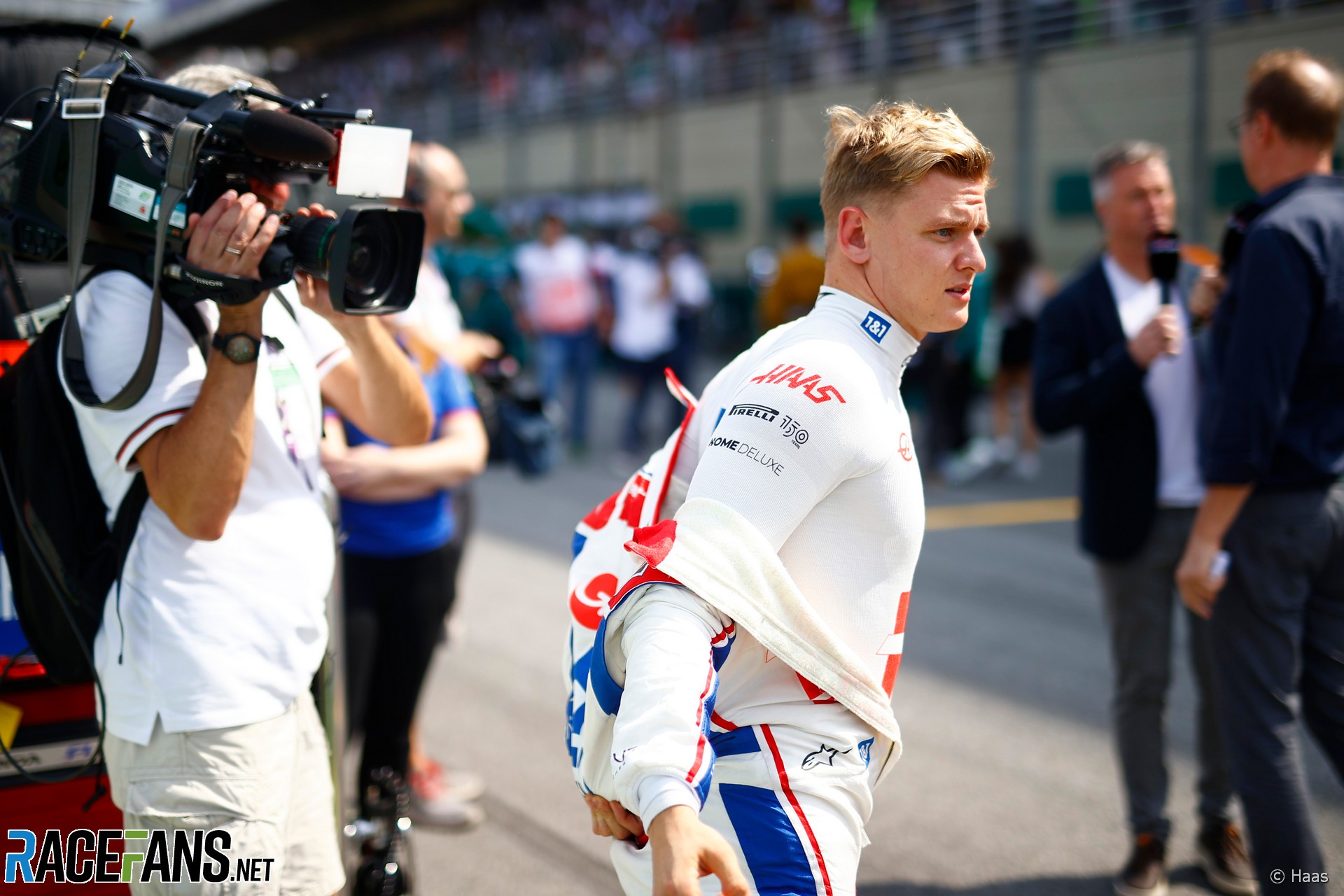 Mick Schumacher says his mind was already “pretty much set on coming back in 2024, if not already in ’23” during his last race weekend in Formula 1.

After two years at Haas which yielded just two points-scoring finishes, the 2020 Formula 2 champion has lost his F1 seat for 2023 and it has been reported his time with the Ferrari Driver Academy will also come to an end imminently.

Although Schumacher currently has nothing lined up for next year, he said his training this winter will be “the same” as usual as he will be “preparing to drive”.

The 2023 F1 grid is full, but Schumacher’s experience could put him in a good position to be a stand-in driver next year in the same way Nico Hulkenberg, his replacement at Haas, was for Aston Martin this season.

“I wouldn’t say I feel like I’m pole position [to be called up], but I do feel confident that I’ll be able to put something in line for me where I feel comfortable,” Schumacher said.

“I’ve shown my pace, and I know a lot of the people in the paddock are happy about how I’ve developed, so I’m sure that I’ll be able to talk to a great deal of teams.”

Although Schumacher has not explicitly said he has begun talks with any teams, he did say he’s “looking at my options, and Mercedes is a part of that” after Mercedes team principal Toto Wolff commented “we believe that we can look after” Schumacher, should he and his management want to join the team.

“My dad did the switch from Ferrari to Mercedes,” Schumacher added. “I don’t see a reason why not right now [to do the same].” Michael Schumacher returned to F1 as a race driver with Ferrari in 2010.

“But again, as I said earlier this week, I have time now,” Schumacher continued. “So I’ll consider all the options that I have to then hopefully make the right decision for me. It’s definitely very humbling to hear what Mercedes and especially Toto says about me.”