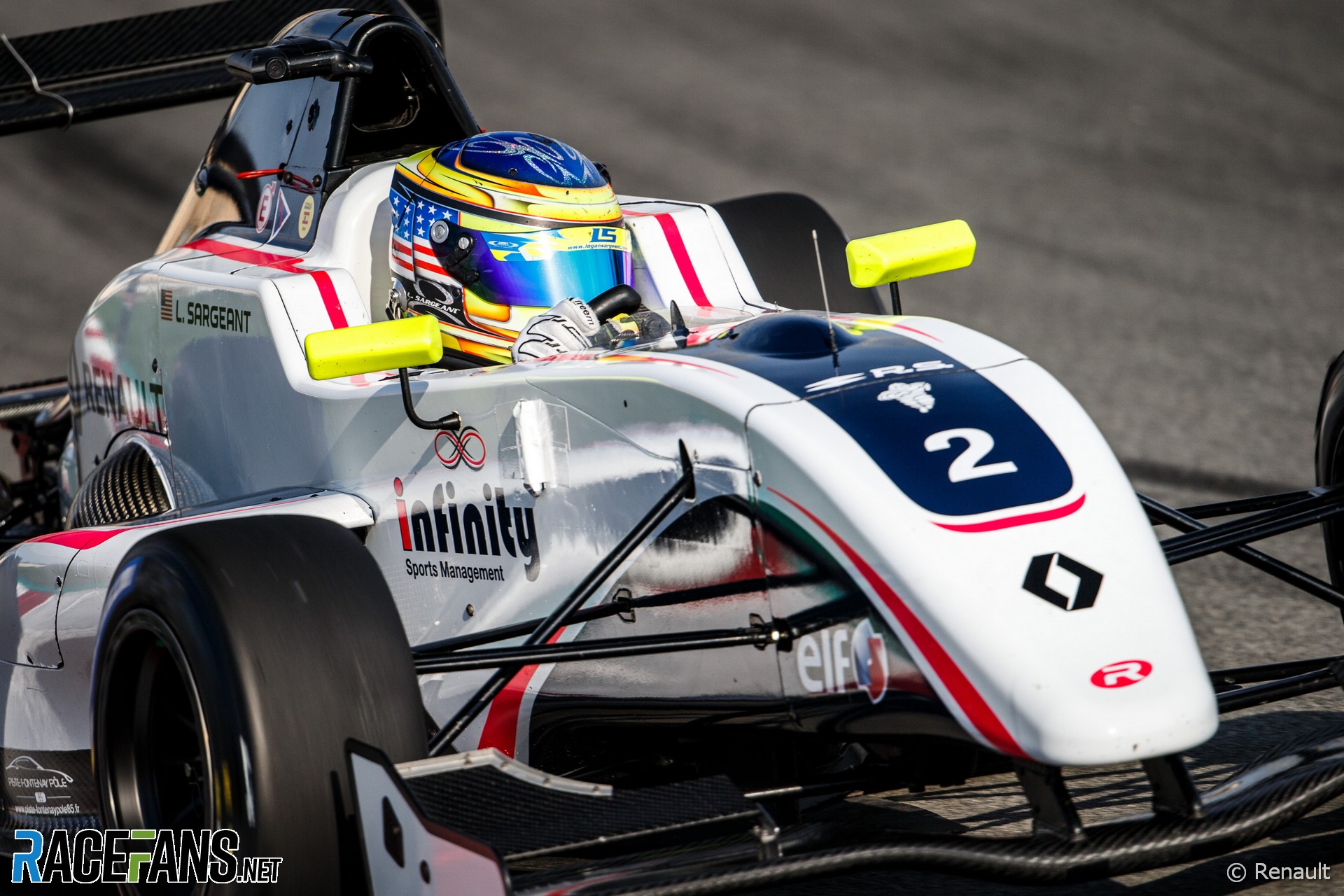 Logan Sargeant has chosen the number he will race with when he makes his Formula 1 debut next year.

The Williams driver has selected number two. However he admitted it was not his first choice.

Sargeant originally planned to race as number three. Daniel Ricciardo has used that number since the FIA allowed drivers to select them in 2014.

Although Ricciardo will not compete in the 2023 season, the number three remains allocated to him “throughout his career in Formula 1″, according to the rules. The number will not be available for anyone else to use until two consecutive seasons pass without him entering a round of the championship.

Sargeant has therefore chosen to use number two, which he last raced with in 2018, when he finished fourth in the Formula Renault Eurocup (pictured).

“I used to run it in Formula Renault, and I had a pretty good season that year,” he said.

“Number three is my number, but that’s taken so I figured why not take a winning number from the past and run with it in F1?”

The number two was last used by a driver in 2017-18, when Stoffel Vandoorne chose it. The last driver to win a race in car number two was Mark Webber at the 2012 British Grand Prix.

All bar one of the drivers who will participate in the 2023 F1 season have selected their numbers. Nyck de Vries, who will also make his debut as a full-time driver next year, is yet to confirm his choice.