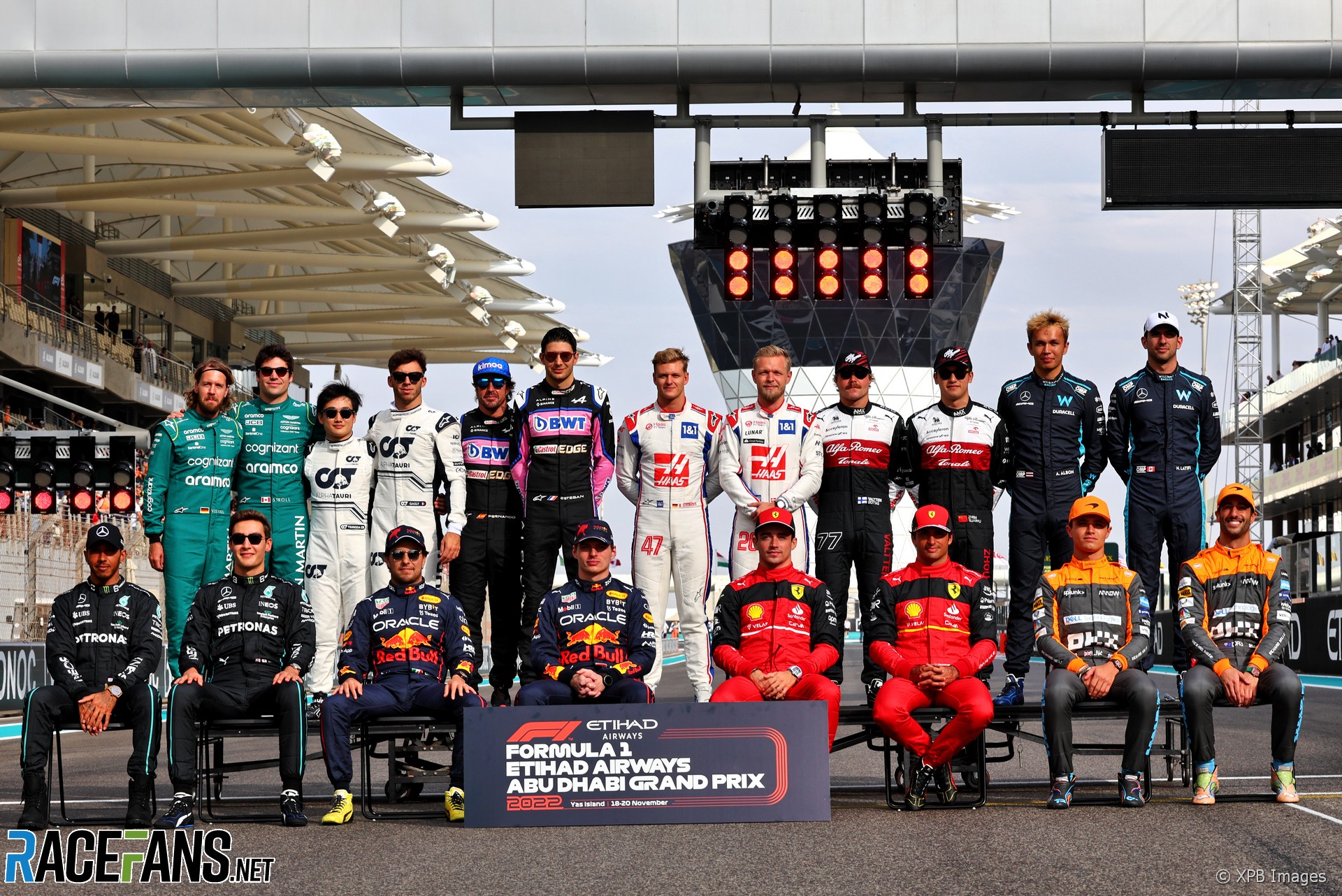 At the end of another season, there are 22 weekends’ worth of racing to look back on to evaluate each of the 20 regular drivers who competed through the vast majority of the 2022 season.

This year’s drivers’ championship was ultimately far less competitive than last season, with the champion decided by only the 18th out of the 22 rounds. But there were some intriguing battles for final positions in both the drivers’ and constructors’ championships, with a handful even coming down to the final lap of the final race of the season.

Some drivers joined new teams, entered into their final season with their current teams – knowingly or otherwise – or rejoined the grid after an absence in the case of Kevin Magnussen. There was just a single rookie in 2022 – Zhou Guanyu – however Formula 2 and Formula E champion Nyck de Vries made an unexpected grand prix debut in Monza. However, as he participated in only one race and Nico Hulkenberg made just two substitutions for Sebastian Vettel, this poll will only feature the 20 drivers who raced the majority of the season.

Of the drivers throughout the field this season, which was the most outstanding to you? Whether it was one of the five race winners in 2022 or someone who did not appear on the podium at all, this is your opportunity to vote on which driver impressed you the most during this season.