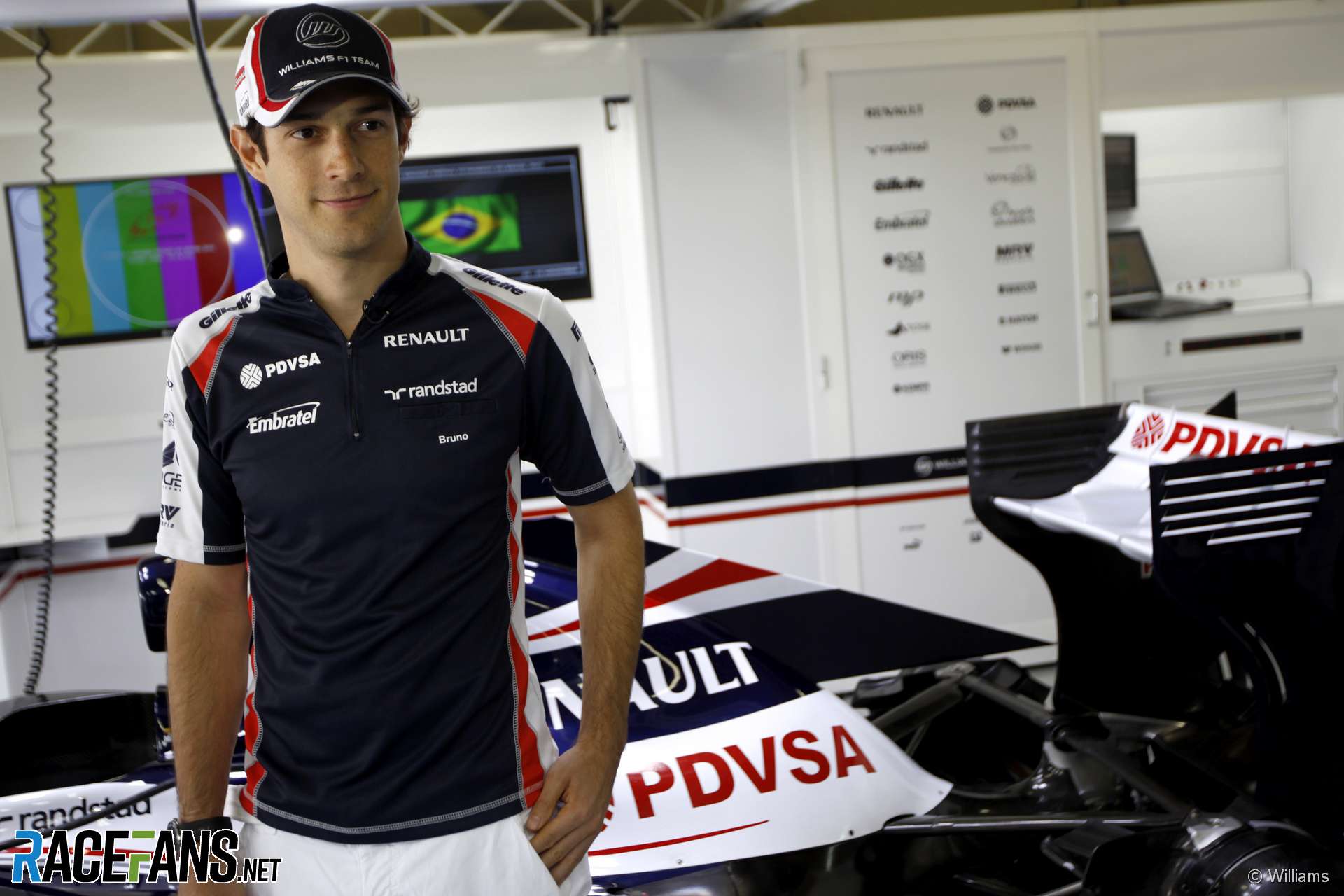 Bruno Senna, nephew of Ayrton Senna, began karting when he was five. But six years later his uncle died at the wheel of an F1 car at Imola, and Bruno’s his family ended his racing.

He returned to karting in 2003 and as he reached his 21st birthday his determination to compete became clear to his family. At the end of 2004 he made his first race starts with Carlin in the British Formula BMW championship. In six appearances he scored a best finish of sixth.

That paved the way for a full season of Formula Three in Britain in 2005 – the same championship his uncle had won 22 years earlier. Racing for Double R (the team run by Kimi Raikkonen and Steve Robertson) he got on the podium three times and ended the year tenth overall.

He remained at Double R for a second year and he and team mate Mike Conway were tipped to be the top championship contenders. Senna began the season by making a one-off appearance in the Australian F3 series supporting the Australian Grand Prix at Melbourne.

Conway’s grinding consistency put the British title beyond Senna’s reach – the Briton won eight times and scored points in 21 of the 22 rounds. Senna began the year strongly winning both rounds at Oulton Park but his season went downhill after he suffered a huge crash at Snetterton, flying in the air and almost hitting the bridge on the Revett straight.

Senna ended the year third overall, losing second place to Oliver Jarvis. But the promise he had shown despite the gaping hole in his racing CV – and the inevitable appeal of his name – secured him a place in GP2 for 2007.

Senna joined Arden for his first GP2 season and won his third race in the category. But after scoring four times in the first six races he hit a slump and only posted three more points finishes over the rest of the year. He ended the year eighth in the championship and second best rookie behind Kazuki Nakajima.

He also made an ill-fated return to F3 at the end of the season for the Macau Grand Prix. He crashed in the qualifying race and failed to make the main event.

A one-off appearance in the Ferrari Challenge Trofeo Pirelli series at Silverstone part way through the season went much better, Senna winning both of his races in a Ferrari 430.

Over the winter of 2007/08 Senna raced in the inaugural GP2 Asia series for iSport, the team who had just won the GP2 title with Timo Glock. He finished the ten-round series fifth but the result rather masked the quality of his driving. He lost one potential win to a questionable stewards’ call and another when his team fluffed a pit stop.

The bad luck followed him into the GP2 series proper. In the fourth race of the year, at Istanbul, he hit a dog which had run onto the track, and was fortunate not to suffer injury.

Senna has scored two wins so far this year – both of which invoked strong memories of his uncle’s victories in F1. He won at Monaco, where Ayrton scored a record six F1 victories, and in heavy rain at Silverstone, just as Ayrton did 20 years earlier.

He ended the year second in the championship to Giorgio Pantano. For a while a move to F1 with Honda in 2009 looked in the offing – but the team’s withdrawal from the sport left Senna on the sidelines. He raced for Oreca in the Le Mans Series – including the Le Mans 24 Hours – instead.

At the end of the 2009 season F1 newcomers Campos Meta 1 announced Senna would make his debut with them in 2010. On the eve of the season the team changed its name to HRT.

Senna began the year with the team but was left out of the race line-up at Silverstone in favour of Sakon Yamamoto. He returned to the team alongside the Japanese driver at the Hockenheimring.

Later in the season the more experienced Christian Klien took over from Yamamoto and provided a more challenging test of Senna’s abilities.

But the car was never capable of competing with the other new teams, let alone challenging for points. Senna was dropped by the team at the end of 2010.

Senna joined Renault as one of their two ‘third drivers’ for 2011. When Robert Kubica was injured during the off-season, Senna was given a test alongside Nick Heidfeld, but it was the experienced Heidfeld who took the race seat at the team.

At the Hungarian Grand Prix the team gave Senna a run in the first practice session at the wheel of Heidfeld’s car. At the following round Senna took his place in the team alongside Vitaly Petrov.

Senna qualified a creditable seventh on his first drive for the team at Spa but collided at the first corner with Jaime Alguersuari, wrecking his race.

He scored his first points in the next race at Monza but that was his sole visit to the top ten as Renault struggled in the latter part of the season. Senna fared well against Petrov but both were dropped by the team at the end of the year to make way for Raikkonen and Romain Grosjean.

Senna took a race seat at Williams for 2012 – a move which invited comparisons with his uncle, who had driven for the team in 1994, only to lose his life in a crash during the San Marino Grand Prix.

From the very beginning of the season it was apparent Williams had a different driver in mind for Senna’s seat in 2013. Valtteri Bottas was given 15 practice session appearances for the team during the year – all in Senna’s car.

Senna was the more consistent of Williams’ two drivers in terms of scoring points. But he was rarely on terms with Pastor Maldonado during qualifying.