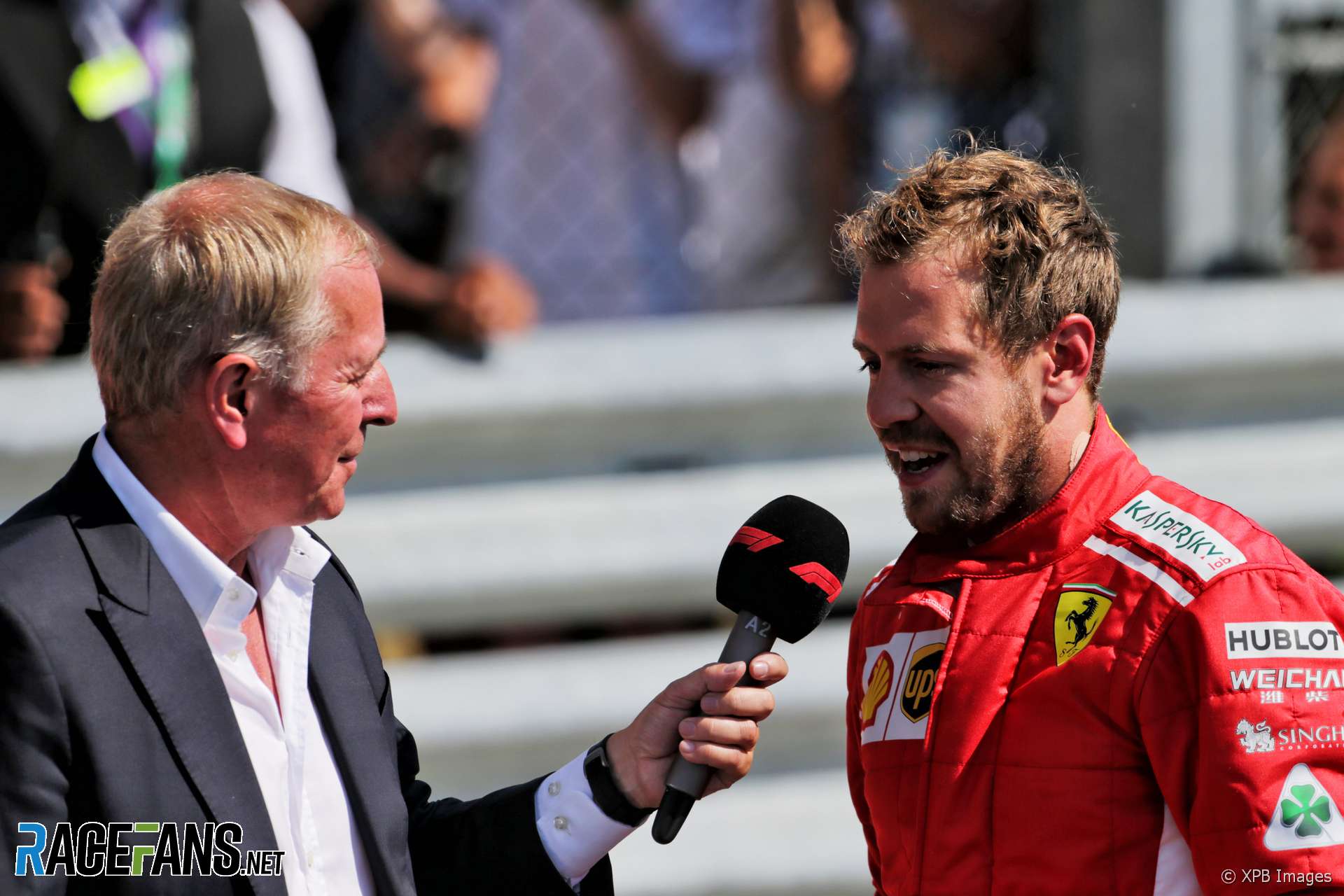 Martin Brundle (pictured with Sebastian Vettel) was tipped for greatness when he chased Ayrton Senna to the British Formula Three title in 1983.

But as Senna began his ascent to stardom via Toleman, Brundle in 1984 found himself in a Tyrrell team that were eventually disqualified from the season in a bitter and controversial technical dispute. On top of that Brundle broke his legs at the one-off Dallas Grand Prix. Although he returned to racing he still suffers pain from the injuries to this day.

Unfulfilling years passed with Tyrrell (1985-6), then Zakspeed in 1987. Brundle also drove for Tom Walkinshaw’s sports car team and without an F1 drive in 1988 he threw himself wholehartedly at the sports car programme, emerging as the series’ champion. He also substituted for the unwell Nigel Mansell at Williams in the Belgian Grand Prix.

The following year he joined the re-formed Brabham team. Following another one-year absence – during which he won the Le Mans 24 Hours with Jaguar – he returned in 1991, but the team remained a shadow of their former selves.

Finally in 1992 he got a break with Benetton, thanks in part to Walkinshaw. He had a tough season up against the emerging talent of Michael Schumacher, who in Belgium. Brundle was in the hunt for victory in Canada when his car failed, and he was dropped at the end of the year to make way for Riccardo Patrese.

He impressed at Ligier in 1993 and got a McLaren drive for 1994 but was overshadowed by Mika Hakkinen as they struggled with unreliable Peugeot engines. A part-time return to Ligier followed for 1995 before a final season with Jordan in 1996.

Brundle then traded helmet for microphone to co-host ITV’s Formula 1 coverage with Murray Walker, and became a firm favourite. The BBC kept Brundle on when they took over F1 coverage and made him the lead commentator in 2011. The following year he joined Sky’s F1 coverage team.

In the meantime he kept up his Le Mans activities, racing for Toyota and Bentley but without adding to his earlier successes. He shared a car with his son Alex in 2012.

In 2016 Brundle had surgery after suffering what he called a “small heart attack” while running to the podium to interview Lewis Hamilton following his victory in the Monaco Grand Prix.