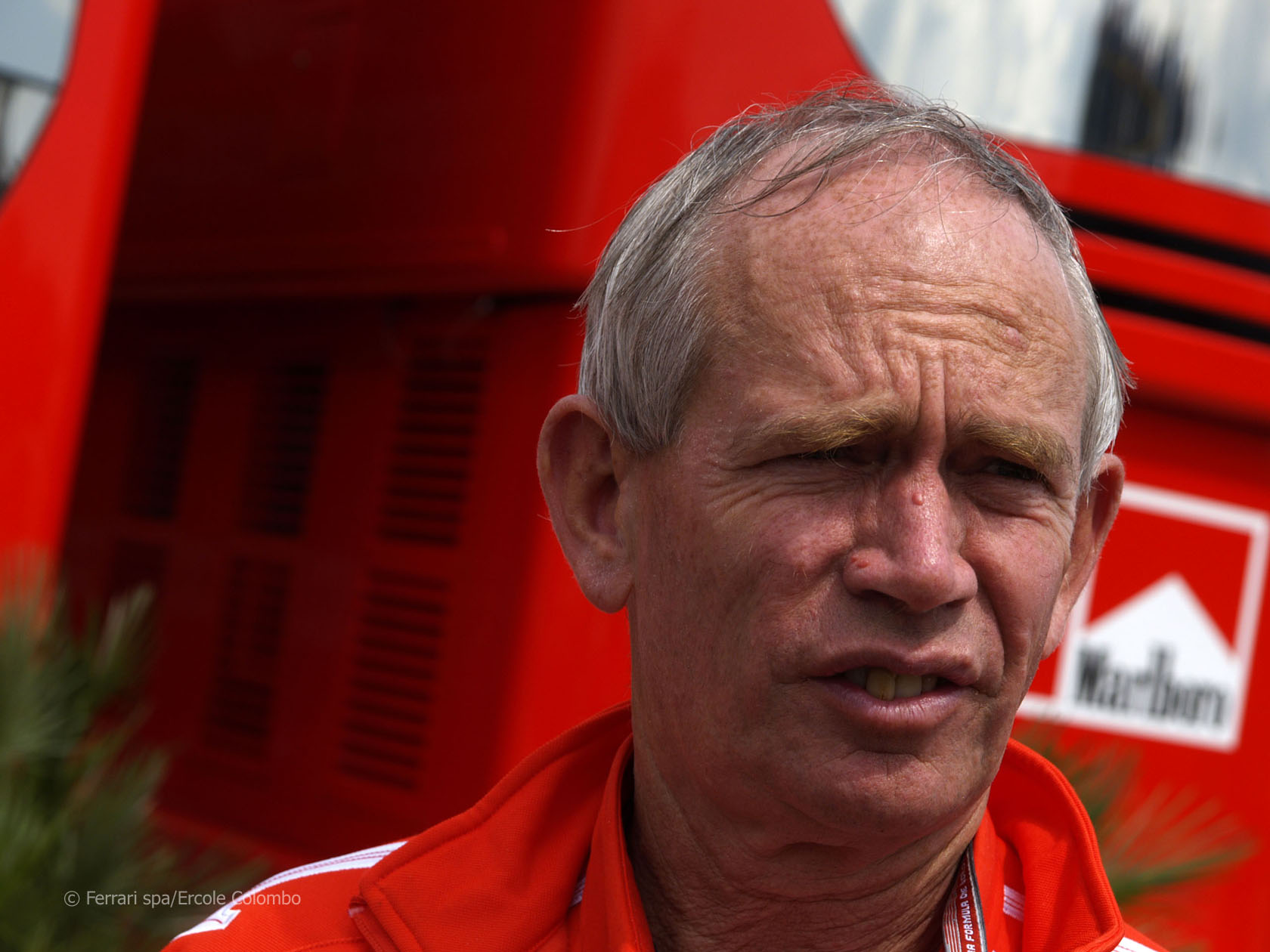 Rory Byrne studied and qualified in the field of industrial chemistry. But an interest in model glider aerodynamics, and later a successful business in car parts combined to steer him towards motor sport.

A keen work ethic and great enthusiasm led to him working through the single seater ranks with Royale and then eventually to becoming part of the successful Toleman Formula Two team which made the jump into the top flight of motor racing in 1981.

After a few seasons of development (the team was small, and couldn’t afford to attend the first few races of the 1981 season), signs of improvement were becoming obvious. The results were beginning to materialise too, a reflection of Byrne’s improving understanding, manifested in greatly increased drive-ability and ambitious design; the 1983 car innovatively sported two rear wings, a trait which which was soon to be copied by the other teams.

The signing of young Brazilian Ayrton Senna for the 1984 season nearly brought the team a victory at Monaco.

By 1986 the team had been taken over by Benetton and the arrival of powerful BMW engines delivered their maiden success at the 1986 Mexican Grand Prix.

A handful of wins followed in the ensuing years before Byrne briefly departed for a spell with the doomed Reynard F1 project. It was not until he was reunited with Benetton, now under the stewardship of new team boss Flavio Briatore and featuring the emerging talent of Michael Schumacher, that the seeds of the rapid ascent were truly sewn.

The 1993 car was at the cutting edge when it came to electronic driver aids, incorporating a semi automatic gearbox, active suspension and even for a time, rear wheel steer. Recognising the still relatively untapped aerodynamic potential of under-car airflow, the high-nosed design pointed the way for development, and by the end of the year Schumacher was a regular front-runner.

Schumacher took the driver’s championship the following year, but not without some controversy over his car and claims over the use of banned driver aids.

The team completed the double in 1995 by securing the constructors’ championship while Schumacher added a second drivers’ title.

Schumacher departed to Ferrari with a brief to hand-pick a team that would bring Maranello sustained championship success. Ross Brawn was recruited first and Byrne soon followed.

The 1998 car was Byrne’s first design, and the following year the team took the constructors’ crown. In 2000 Schumacher became the first Ferrari driver to win the championship in more than two decades, setting up a period of dominance the like of which were unprecedented in the sport.

Formula 1’s “dream team” in conjunction with an extremely close working relationship with tyre supplier Bridgestone, and aided by a state of the art wind tunnel and unlimited testing, honed their craft to perfection. Successive championships followed in 2001, 02, 03 and 04, encompassing the particularly impressive 2004 season, which resulted in 15 victories from 18 races, including a record 13 for Schumacher.

Fundamental to the success was Byrne’s oft-repeated mantra of ‘evolution, not revolution’, seeking to slowly hone and refine a car’s potential, rather than wasting time searching for a “magic bullet” in the increasingly unlikely event that it might create a vast step gain.

Never was this mantra more obvious than during this period with Ferrari when, from an already strong base, Byrne and his team sought to systematically improve every area of the car, component by painstaking component. He set the benchmark for engineering detail, whether that was by reducing sidepod size millimetre by millimetre, or through the use of electronic differentials, periscopic exhaust outlets and all-titanium gearboxes.

Unlike most contemporary designers, Byrne could be decidedly old school in his approach, preferring the drawing board over the near-ubiquitous computer aided design (a trait shared by Adrian Newey), but his achievements were underpinned by a supremely hard working ethic.

Having sought to reach the pinnacle of the sport, and achieved it in such emphatic style, Byrne began the process of stepping back from the end of the 2004 season, until his retirement in 2009. Even after that, he remains associated with the team in a consultancy capacity.