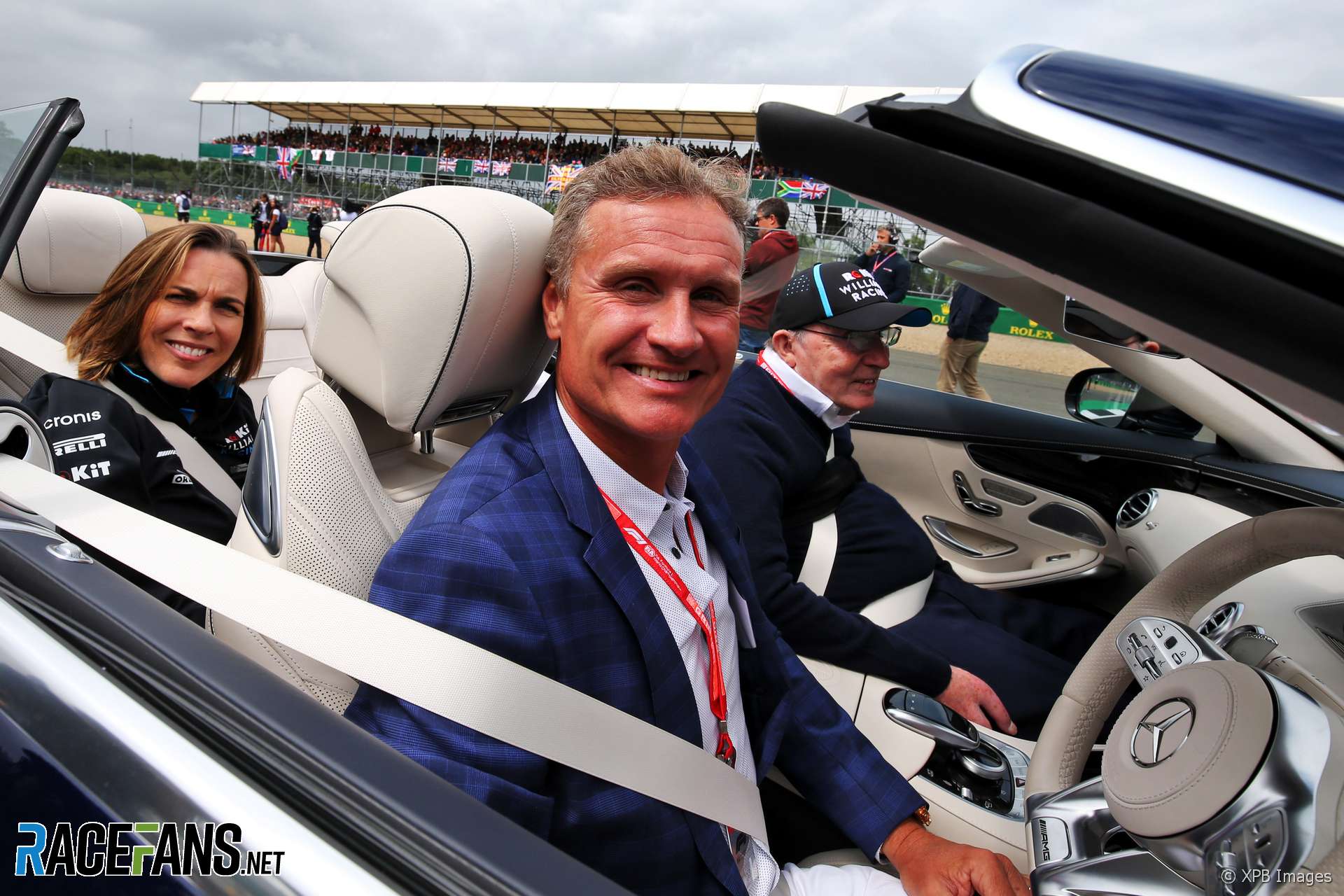 David Coulthard’s father Duncan gave him an unorthodox introduction to motor racing. He bought his 12-year-old son a go-kart as a surprise and entered him for a race just three days later.

Those who saw Coulthard’s kart flipped upside down at the very first corner of his racing career might not have tipped him to become a grand prix race winner. But anyone who followed his subsequent karting career, which included a trio of Scottish championship titles between 1983 and 1985, might have figured he was on his way to better things.

From karts he ascended to Formula Ford 1600, winning two titles in 1989. At this point in his career he came into contact with one of Scotland’s great F1 drivers, Jackie Stewart, whose son Paul’s racing team ran Coulthard in several junior championships. He raced in the British and European Formula Vauxhall Lotus categories, finishing fourth and fifth respectively in the two series.

Coulthard won the McLaren Autosport Young Driver of the Year Award in 1990, which brought a test in a McLaren F1 car with it. He would eventually become one of the team’s longest-serving drivers.

In 1991 Coulthard raced in Formula Three and came second to Rubens Barrichello. He might have been champion but for a car failure in the penultimate race and a collision in the last round. But he did win the prestigious non-championship F3 Masters and Macau races.

The following year he moved up to Formula 3000, still with Paul Stewart racing. He described his first year in the category as “demoralising”, although he did finish on the podium in the final two rounds at Nogaro and Magny-Cours. He got another F1 test, this time with Benetton, although it didn’t lead to a drive.

Coulthard switched to Pacific Racing for another crack at F3000 in 1993, claiming a win at Enna and three other podium finishes. However he failed to score in the other five rounds and so ended the year third behind a pair of future F1 drivers, Olivier Panis and Pedro Lamy. He dovetailed the championship with testing duties for Williams, having taken over from Damon Hill.

Coulthard did not stick exclusively to single-seaters on his way to F1. He did one race in the British Touring Car Championship in 1990 and would have done a second but for a broken leg. In 1993 he finished first in class on the road at Le Mans in a TWR-run Jaguar XJ220 shared with John Neilsen and David Brabham, but the car was later disqualified.

At the beginning of 1994 Coulthard secured a last-minute deal to race in F3000 again. But the death of Ayrton Senna in the San Marino Grand Prix would propel Coulthard into the race team. He impressed the team enough for them to keep him on for 1995 over Nigel Mansell, who had driven some of the races in Coulthard’s place.

He delivered a string of pole positions and a took maiden victory in Portugal. There were a few hiccups along the way, however: the spun out on the formation lap at Monza and crashed into the pit wall at Adelaide.

The latter race proved his final start for Williams as he switched to McLaren for 1996, partly at the urging of his management team. Williams were also under pressure from Formula One boss Bernie Ecclestone to hire IndyCar champion Jacques Villeneuve, who duly took Coulthard’s place.

Coulthard joined McLaren alongside Mika Hakkinen – the two forming one of the longest-running driver pairings, remaining at the team until 2001. Coulthard would remain a McLaren man until 2004.

In 1996, the team’s second year with Mercedes power, the team appeared to be back on their way to the top after two years in the doldrums. Coulthard finally broke their duck in the first round of 1997 at Melbourne, and added a second victory at Monza.

But despite his contractual status being equal to Hakkinen’s, the Finn was always first in team principal Ron Dennis’s affections, as was clear in Jerez when Coulthard was asked to make way so Hakkinen to score his first win. Astonishingly the same thing happened again at Melbourne as Dennis asked Coulthard to let Hakkinen past as the Finn had lost time by unnecessarily coming into the pits – the result, the team claimed, of someone interfering with the teams’ radios.

That year Hakkinen won the championship while Coulthard had just a single win. Coulthard lost out to Hakkinen again in 1999, winning at home and in Belgium, but crashing into his team mate out on the first lap in Austria.

On 2nd May, 2000, Coulthard’s private jet crashed at Lyon. He escaped with injuries to his ribs, but both of the pilots were killed. Early in the season he looked on course to set up a championship challenge following a victory in the British Grand Prix (held, unusually, in April) but it was Hakkinen who took the fight to Michael Schumacher once again.

In 2001 Coulthard finished second overall beating a subdued and retiring Hakkinen. Ferrari were so far ahead Coulthard only won Brazil and Austria. From 2002 Hakkinen was gone and Coulthard would have to play second fiddle to another Finn, Kimi Raikkonen. Nonetheless he won in Monaco that year and Australia in 2003. In 2004 he struggled with the hopeless MP4-19 and the team brought Juan Pablo Montoya in to replace him.

To the surprise and delight of many followers Coulthard found a drive with Red Bull in 2005. It rejuvenated his talent and he nearly gave the team a podium finish at the Nurburgring that year.

He drove for them again in 2006, scoring their first podium at Monte-Carlo, and seeing off Christian Klien whom the team dropped before the end of the year.

The team extended Coulthard’s contract to 2007, when he would use the car designed by Adrian Newey (whom he had worked with at Williams and McLaren) and Renault engines. He persevered with the often unreliable car, and worked well with new team mate Mark Webber, and earned another one-year extension on his contract.

It would be Coulthard’s final F1 season – and an almost entirely forgettable one. From colliding with Felipe Massa in the first race at Melbourne, to being booted out of his final Grand Prix at the very first corner, Coulthard’s 2008 season was distinguished only by the unusual number of incidents he got involved in.

The exception was Montreal, where he brought the car home third after avoiding the chaos as the track fell to pieces. Sebastian Vettel took his place for 2009. Coulthard began his F1 retirement by finishing runner-up to Sebastien Loeb in the Race of Champions at Wembley.