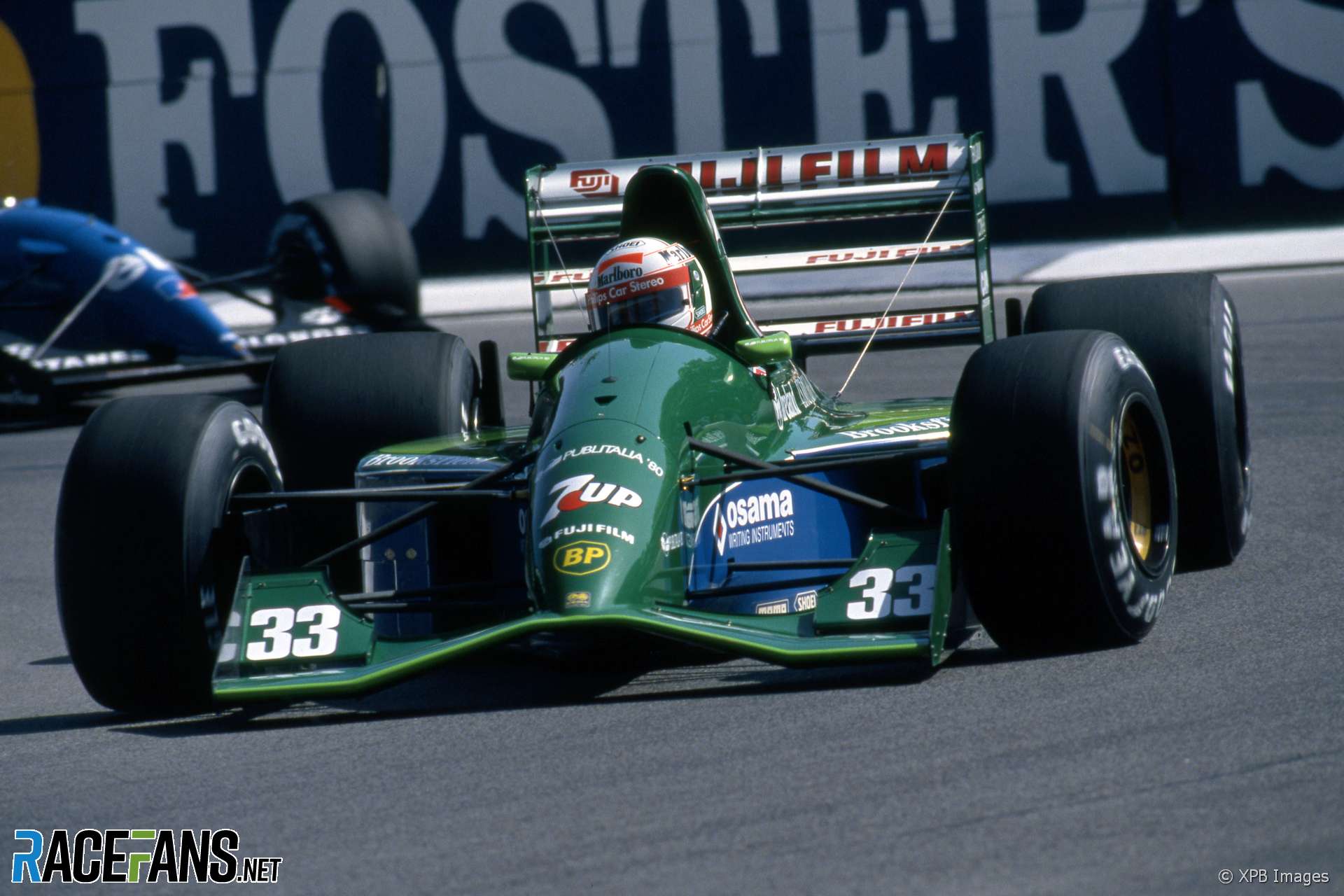 Although Andrea de Cesaris had a reputation for being involved in rather too many crashes, he enjoyed one of the longest F1 careers of all time, having made 208 starts in 15 years when he retired in 1994.

After two starts for Alfa-Romeo in 1980 he joined McLaren in 1981 but angered Ron Dennis with his frequent accidents.

Having returned to Alfa Romeo the following year some glimpses of his potential shone through. He took pole position at Long Beach but lost the win to Niki Lauda. He nearly won at Spa-Francorchamps in 1983 but his engine blew.

De Cesaris then spent a succession of seasons with minor teams, or teams of former glory now well past their prime: Ligier, Minardi, Brabham, Rial, Dallara and Jordan. With the latter in 1991 he again excelled in Spa but was thwarted by engine failure while running second.

A year with Tyrrell followed, then a second stint with Jordan. He had no drive lined up for 1994 but stepped back in at Jordan in place of Eddie Irvine, who received a three-race ban at Interlagos.

Then he took over Karl Wendlinger’s Sauber-Mercedes for most of the season before quitting for good. He moved into windsurfing but returned to the cockpit with the short-lived Grand Prix Masters championship in 2006.

A profitable post-racing career trading currencies allowed De Cesaris to devote much time to his passion for windsurfing. But in October 2014 he was involved in a road accident in Rome on his motorbike and was killed.