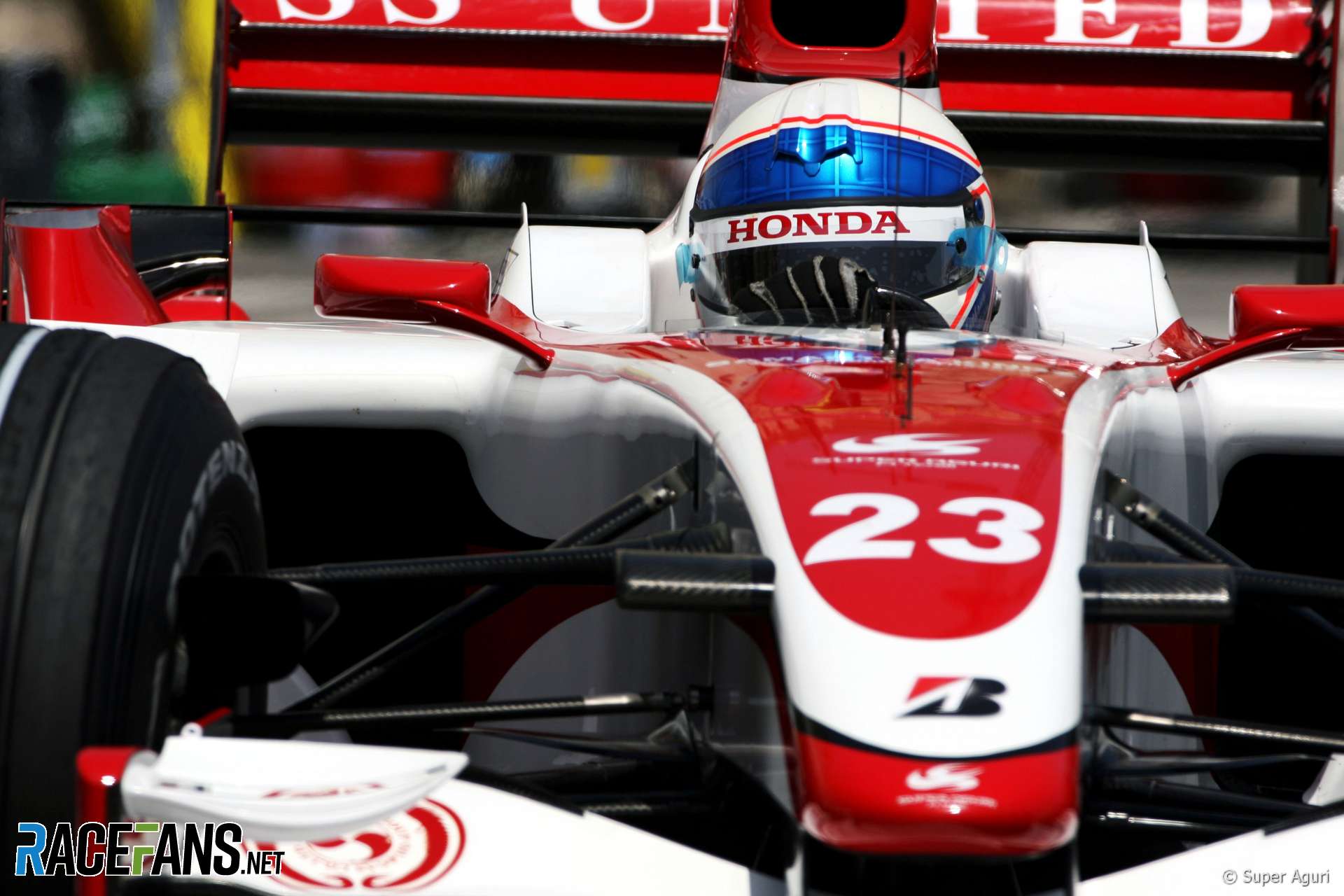 After twelve years in karting Anthony Davidson won the Kent county class of the British Formula Ford festival in 1999, the prelude to a season in Formula Ford the following year.

He moved up to British Formula Three in 2001 with the competitive Carlin team, but up against the highly-rated Takuma Sato. Sato won the championship from Davidson comfortably, but Davidson won the F3 Pau Grand Prix and the F3 Spa Masters.

The same year Davidson became test driver for BAR-Honda – a role he would remain in until 2006. The 2002 season would bring his first chance in a race seat – but not with BAR.

He nearly made his Formula One debut at the 2002 German Grand Prix, when he was considered as a stand-in for Giancarlo Fisichella at Jordan after the Italian was injured in practice for the French Grand Prix. But Fisichella proved fit enough to drive.

Davidson didn’t have to wait much longer and found himself on the grid for the following round at the Hungaroring. He replaced Alex Yoong at Minardi for two races after the Malaysian had failed to qualify at the San Marino, British and German rounds.

Justin Wilson had been tipped to get the Minardi drive but, at 6cm taller than any other driver on the grid, found he could not fit into the car to the satisfaction of the safety requirements.

So Davidson got the chance and seized it, qualifying within 0.6s of team mate Mark Webber at both the Hungarian and Belgian races. But he also spun out of both races having completed fewer than 20 laps.

He remained a test driver in 2003 but, as Sato was promoted to the race team at the end of the year, Davidson grew in prominence as the team’s lead tester. When BAR enjoyed their most successful season to date in 2004 Davidson enjoyed a taste of the limelight as their Friday test driver.

He remained test driver for the next two years and got another, fleeting chance at a race drive at the Malaysian Grand Prix when Sato fell ill. Cruelly for Davidson his engine failed after a mere two laps.

Disappointingly for Davidson, when Sato was edged out of the team in 2006 he failed to take his race seat, which went instead to former Ferrari driver Rubens Barrichello. (The team had now been fully taken over by Honda and dropped the ‘BAR’ title.)

Sato was moved to Super Aguri, a ‘Honda B-team’ that enjoyed their engine supply, and in 2007 he and Davidson were reunited. The British driver looked the quicker by the end of the year, but Sato had capitalised on the team’s greater performance earlier in the season to score four points while Davidson failed to score any.

Davidson only appeared at four more races in 2008, before the team went bust. Unable to get an F1 drive for 2009 he raced in the Le Mans 24 Hours for Aston Martin and did commentary work for the BBC.

He went on to enjoy a successful career in sports car racing, winning the Sebring 12 Hours with Peugeot. In 2014 Davidson claimed the World Endurance Championship title for Toyota with team mate Sebastien Buemi. However he was dropped by Toyota to make way for Fernando Alonso in 2018.

He continues to work as a simulator driver for Mercedes F1 team and races in the LMP2 WEC class with DragonSpeed.