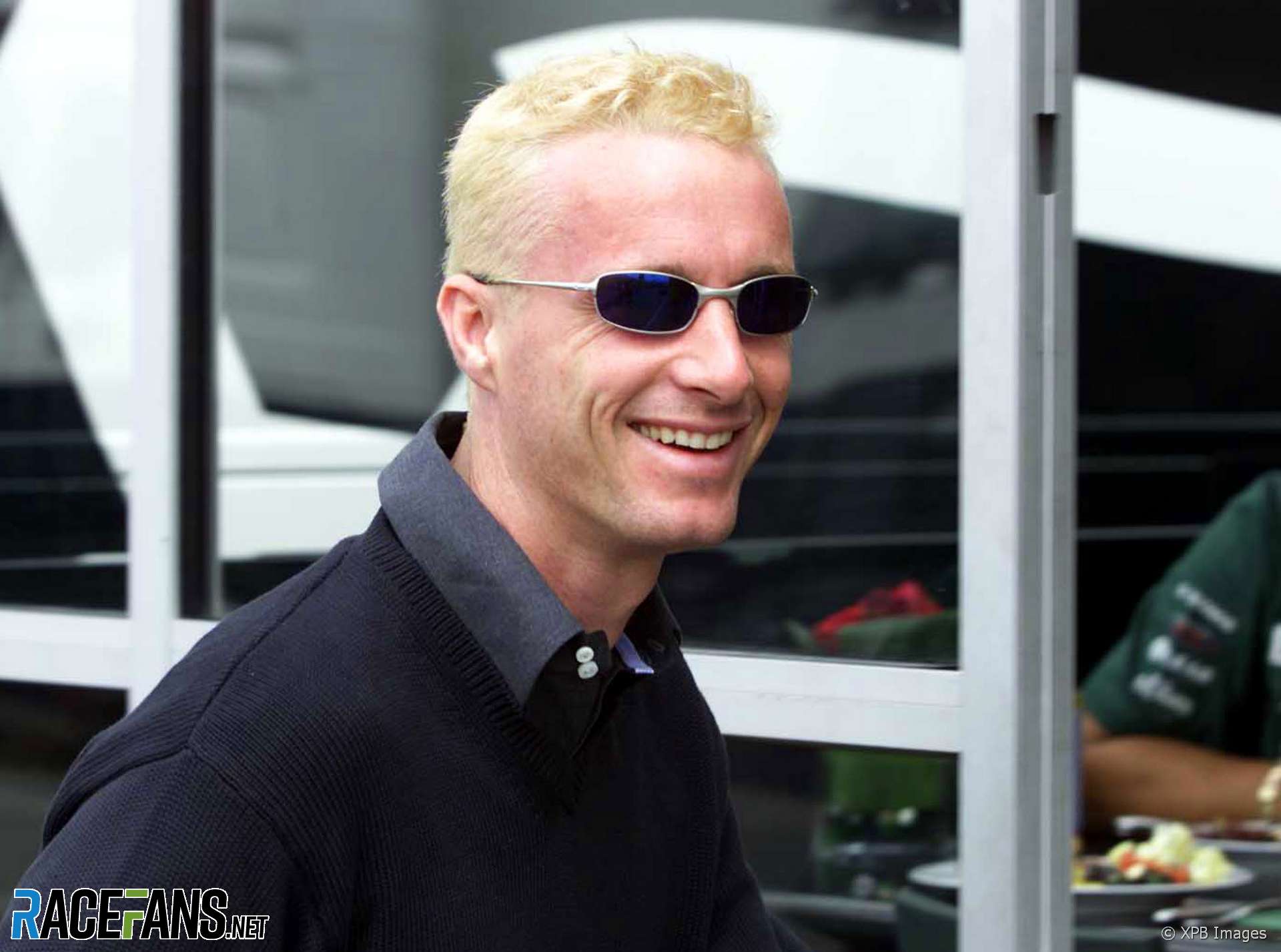 Eddie Irvine was hired by Ferrari in 1996 to help support Michael Schumacher’s championship effort – but nearly ended up winning the title himself in 1999.

He arrived in F1 in 1993 in a controversial debut for Jordan at the Japanese Grand Prix. He vexed Ayrton Senna by un-lapping himself, earning a punch from the Brazilian after the race.

The controversy continued in the first race of 1994 when Irvine was judged by the FIA to have caused a four-car pile-up. He was given a one-race ban which was increased to three races for merely daring to appeal against the decision.

After three years with Jordan, Irvine made his big move to Ferrari – where he quickly likened being Schumacher’s backup driver to being hit over the head with a cricket bat. Irvine rarely matched Schumacher’s pace but occasionally had a role to play in assisting his team mate’s championship efforts. Such as at Suzuka in 1997, where he held up Jacques Villeneuve to aid Schumacher’s passage.

When Schumacher broke his leg at Silverstone in 1999, while trying to pass Irvine at Stowe as the red flags came out, Irvine took on the role of team leader. He had already scored his first F1 win earlier that year at Melbourne and added two more at Austria and Germany in Schumacher’s absence.

Irvine’s title bid had gone off the rails somewhat when Schumacher made his return for the team at the penultimate round at Malaysia. Now the tables were turned and Schumacher did everything he could to hold up the McLarens and help Irvine to his fourth (and final) victory.

Although Irvine went into the final race with a four-point lead over Mika Hakkinen he couldn’t keep pace with his title rival or Schumacher in the race and Hakkinen claimed the title. He was out of Ferrari too, with former Jordan team mate Rubens Barrichello arriving to take his place as Irvine switched to Jaguar.

But his tenure with the team proved a great disappointment. They were usually well off the pace, and Irvine only managed to score two podiums in three years with the team before retiring from F1.

He has since developed a lucrative property portfolio.