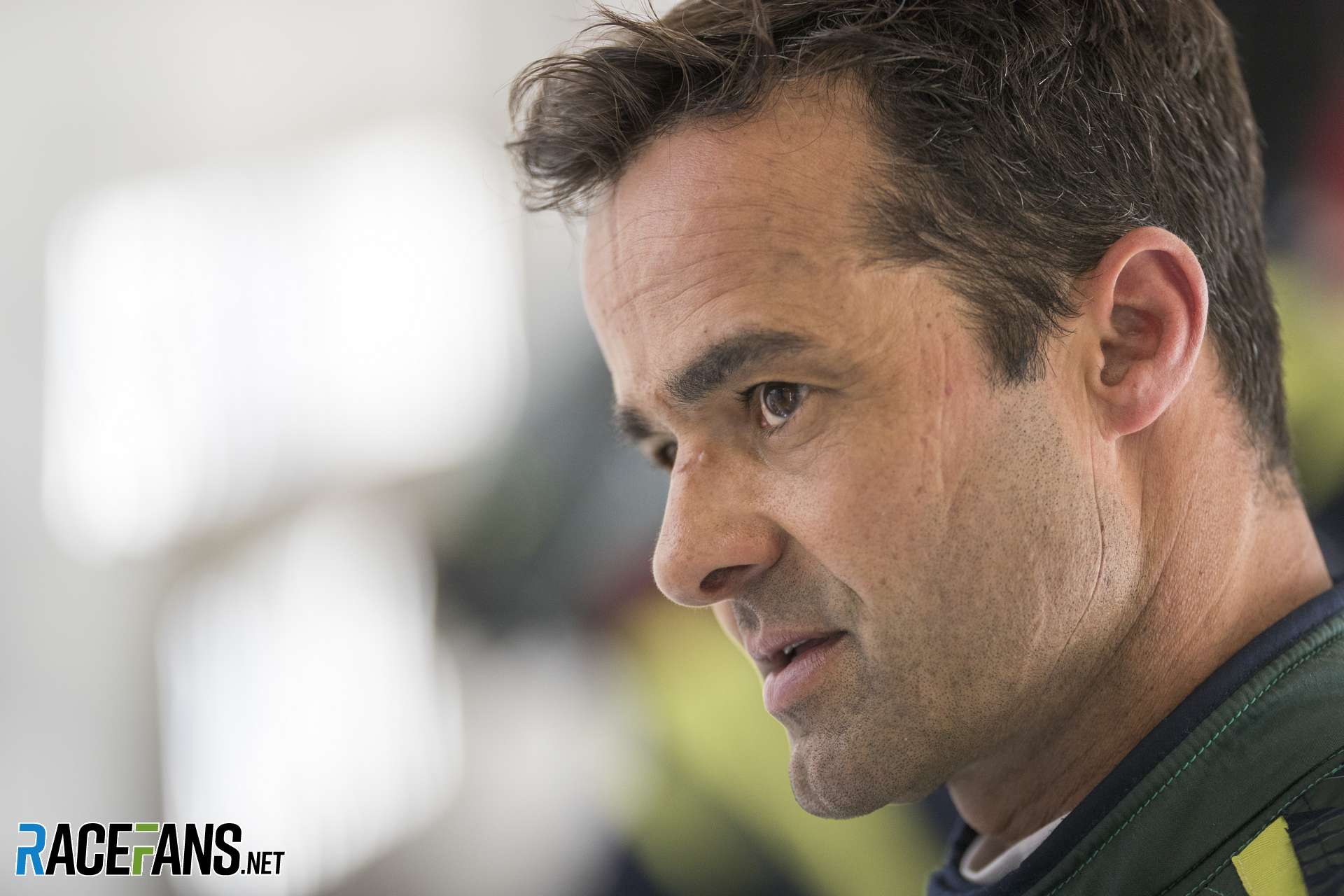 Eight races into his Formula 1 career Pedro Lamy suffered a violent crash during a test at Silverstone. The rear wing failed on his Lotus and the car cleared a debris fence and came to rest in a pedestrian tunnel. Lamy survived, but suffered two broken legs which ended his season.

[retrompuminardi01]He’d arrived in F1 the previous year following a commanding victory in the 1992 German Formula Three championship. Lotus brought him in as a substitute for Alessandro Zanardi.

The team collapsed at the end of 1994 but in the middle of the following season, over a year on from his Silverstone crash, Lamy got a call-up from Minardi to replace Pierluigi Martini in their line-up. The Aldo Costa-designed, Cosworth-powered M195 was more reliable than competitive, but in a punishing season finale at Adelaide that proved enough.

Lamy plugged away while car after car came to a stop, finally crossing the line three laps down in sixth place for his first F1 point. More importantly, it was Minardi’s first point of the season, and brought with it a valuable travel money subsidy from the Formula One Constructors’ Association.

He was kept on for 1996 alongside a variety of team mates, one of which was the rapid Giancarlo Fisichella. The pair collided on the first lap in Monaco to the fury of team boss Giancarlo Minardi. This proved an even tougher race than Adelaide had been, just three cars were still circulating at the finish, and a potential windfall result has been lost to impetuousness.

Lamy saw out the season but never looked like adding to his points haul. His F1 career was over, but a successful career in GTs and sports cars lay ahead. He won the FIA GT championship in a Dodge Viper in 1998, won the Le Mans Series in the GT category and, later, the LMP1 class with Peugeot.

He also shared the 2017 FIA WEC drivers’ title with team mates Mathias Lauda (son of Niki Lauda) and Paul Dalla Lana. And he claimed five wins in the gruelling 24-hour race around the Nurburgring Nordschleife.