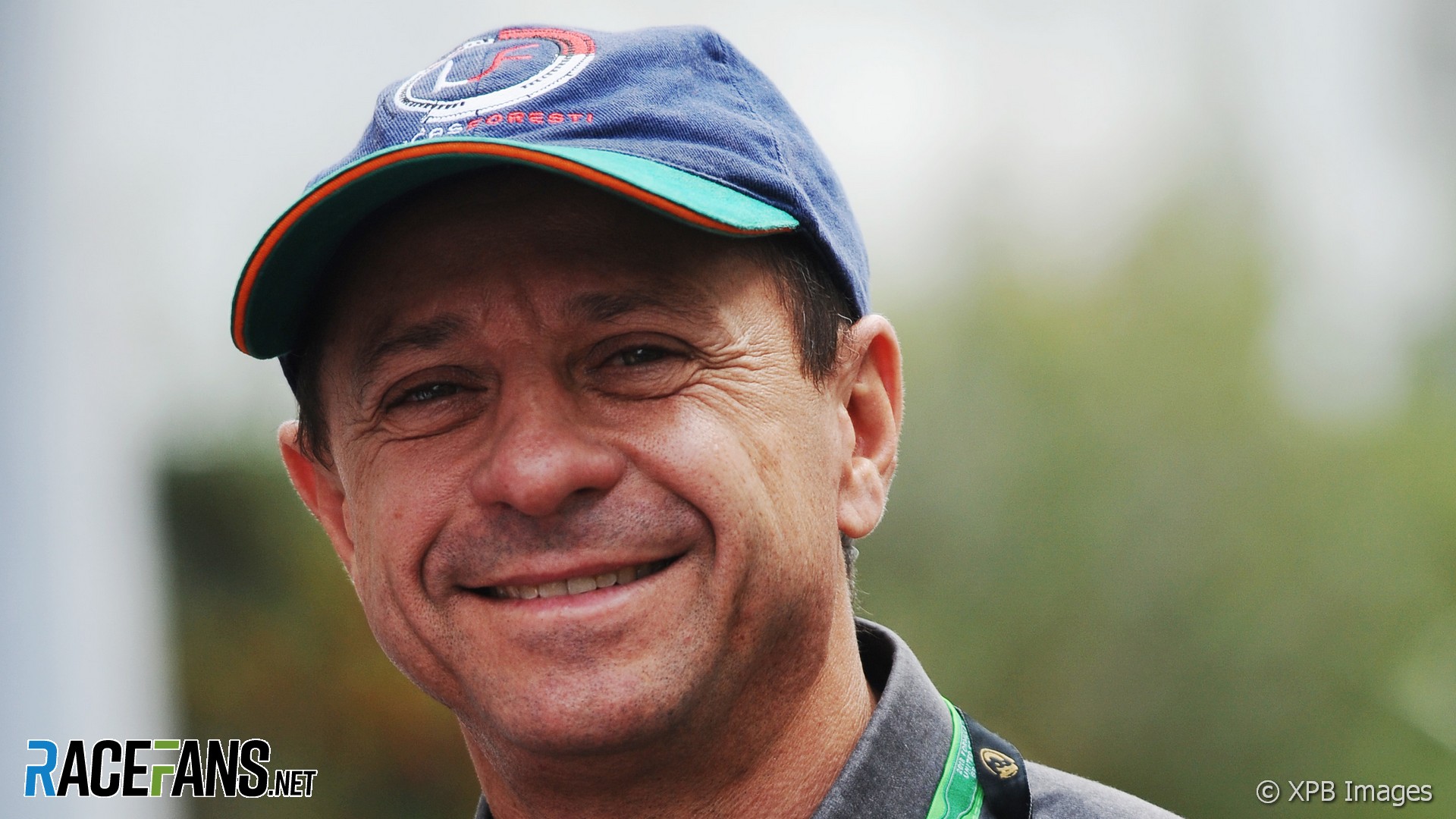 Roberto Moreno had the misfortune to spend much of his F1 career with F1’s least successful teams: AGS, Coloni, EuroBrun, Andrea Moda, Forti… But it was punctuated with one shining moment at Benetton when he finished second in the 1990 Japanese Grand Prix while substituting for Alessandro Nannini.

After a single appearance in F1 at Zandvoort in 1982, Moreno headed to F2. He finished runner-up to Mike Thackwell in 1984, winning twice, but lacking options to return to grand prix racing he headed to the CART IndyCar series in America, while also turning up for occasional F3000 events.

He got an F1 chance at the end of 1987, starting two races for AGS. An electrical problem put him out at Suzuka but he distinguished himself in the season finale, bagging the team’s first point of the year with sixth place. A full season of F3000 yielded a single win, at Enna, and third in the championship behind Stefano Modena and Luis Perez-Sala.

Moreno remained in F3000 for 1988 and delivered the title in style, reeling off three wins in a row early in the season, adding a fourth on the streets of Birmingham, and seeing off Olivier Grouillard’s late-season charge.

That helped him land a full-time seat at Coloni in 1989. But even when the team replaced its 1988 car with the new C3 model, it often failed to qualify. By the second half of the year they were relegated to the ranks of pre-qualifiers, and from there seldom made it into qualifying. Moreno started just four races all year, and technical problems put him out of all of them.

He joined Eurobrun for 1990 and took 13th in the season-opener at Phoenix. But that was the last time he saw the chequered flag until he arrived at Benetton for the final two races of the year as a substitute of Nannini, whose right arm was severed in a helicopter crash. With a competitive car underneath him at last, Moreno followed team mate and fellow Brazilian Nelson Piquet home to score a one-two for the team in a race best remembered for the infamous first corner collision between Ayrton Senna and Alain Prost.

That lead to a full-time contract offer for 1991. But after failing to return to the podium, Moreno was shunted aside to make way for Michael Schumacher. Having initially taken over Schumacher’s vacant Jordan seat, Moreno was dropped again after two races, but reappeared at Minardi for the season finale.

He returned to the back of the grid in 1992 with the hopeless Andrea Moda outfit, racing an ex-Coloni chassis. Incredibly, Moreno hauled the car through pre-qualifying and qualifying at Monaco, and managed 11 laps of the principality in the race before the car’s Judd engine failed. The team collapsed after the Belgian Grand Prix, and Moreno was out of a drive once more.

After a couple of years on the sidelines, including a failed attempt to qualify for the Indianapolis 500 with Arizona Motor Sports, Moreno reappeared in F1 with another back-of-the-grid outfit in 1995. Forti at least proved capable of qualifying, but the FG01 chassis was terribly uncompetitive, and from five finishes his best result was 14th.

That marked the end of Moreno’s time in F1, but he enjoyed some success back in America. He finished on the podium in the 1996 US 500 at Michigan with Dale Coyne’s team, and after sporadic appearances in the following seasons returned as a substitute for the injured Mark Blundell at Pacwest. He took second on his final appearance for them at Laguna Seca.

The following year Moreno finally had a competitive, full-season drive with Pat Patrick’s team. He took second in the season-opener on the Homestead oval. That was his first of six podium finishes including a popular breakthrough win from pole position at Cleveland. Moreno ended the year a competitive third in the standings behind Gil de Ferran and Adrian Fernandez.

He won again with Patrick the following year, in Vancouver, but pickings were slim elsewhere and he lost his drive after ending the year 13th, a position he repeated when he returned with Herdez after a year away. He was an occasional starter over the next few years, and joined the grid for the final Champ Car race at Long Beach in 2008, though he ran near the back before retiring.