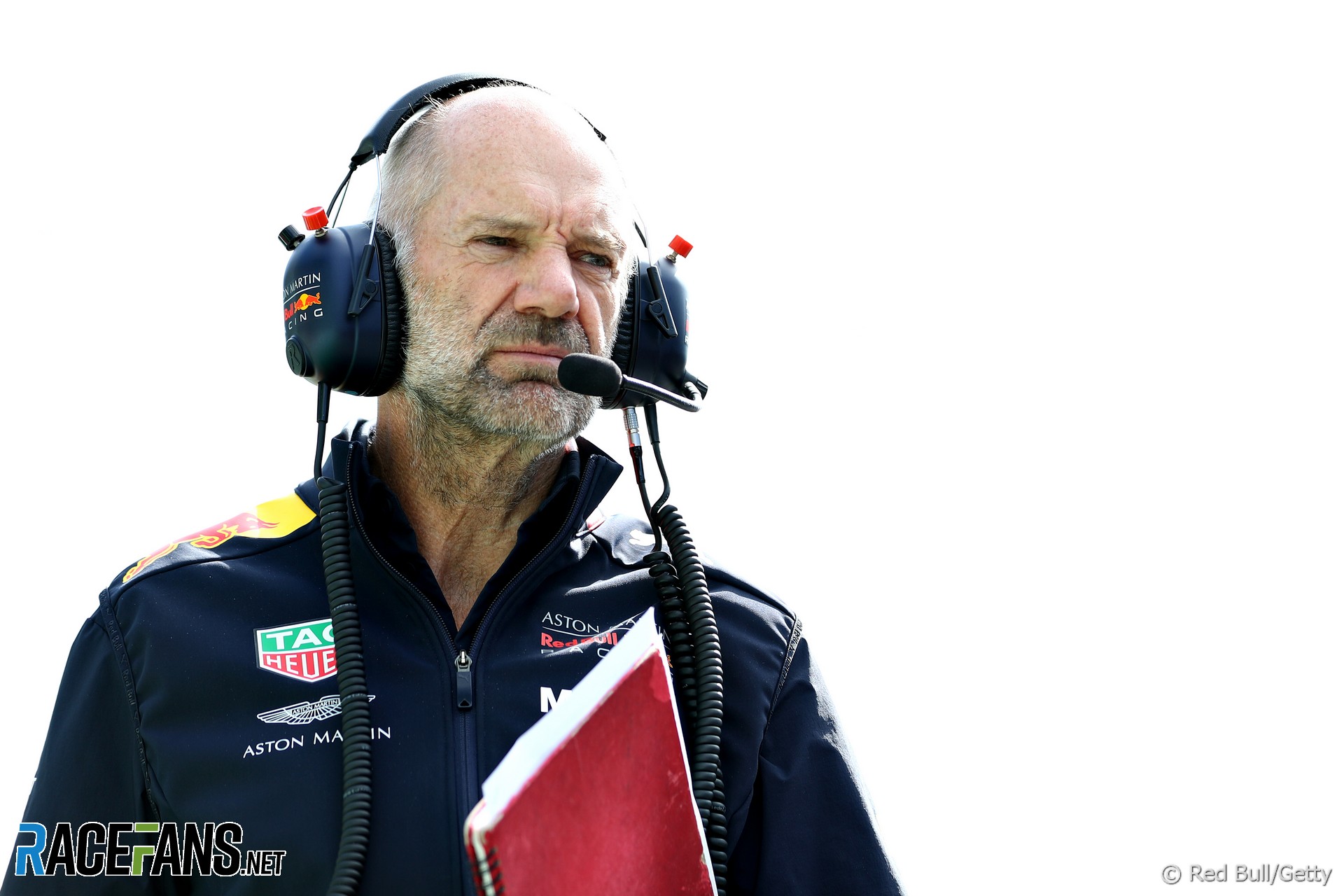 Adrian Newey changed the face of Formula 1 car design soon after hew arrived in the championship in the late eighties. He went on to produce a series of pioneering, championship-winning cars which led three different teams to constructors’ championships

Having secured a degree in aeronautics and astronautics at the University of Southampton, Newey was quickly recruited by the ailing Fittipaldi F1 team in 1980, prior to a move to March.

Working for their IndyCar team they won two championships and the Indianapolis 500 before his North American links lured him back to F1 competition with the short-lived Lola team.

It was on his return to the March (since taken over by Leyton House) that his F1 cars began to catch the eye of the rest of the paddock. Extremely sleek and slender in design, he sought then (as he still does) to package everything into the car as tightly as possible, the impact of which lead to drivers Mauricio Gugelmin and Ivan Capelli complaining of having too little room in the cockpit.

He was quickly snapped up by Williams. The 1991 FW14 was as much a design progression from the previous year’s March as the 1990 Williams. Despite suffering reliability problems in the first half of the year as the team bedded in its semi-automatic gearbox, it was quickly apparent that the car was the class of the field.

Active suspension in 1992 extended the gap further, allowing Nigel Mansell to dominate in a car that perfectly suited his muscular driving style. Alain Prost’s title the following season was certainty from the first race, as the rest of the field struggled to catch up.

Ayrton Senna felt a move to Williams was the only way he could match his talents with a car of equal ability. However the 1994 car started out with handling problems and he failed to score in the first two races. Senna was killed in a crash while leading the 1994 San Marino Grand Prix.

His death had a profound effect on the team, and Newey in particular. The lengthy trial weighed heavily on them in the years that followed and it wasn’t until 2005 that Newey was finally acquitted of a charge of manslaughter.

Despite the trauma of 1994, the team resumed its championship domination in 1996 and 1997, with two more constructors’ titles and drivers’ championship wins for Damon Hill and Jacques Villeneuve.

But as Williams delayed Newey’s progression to the role of technical director (a decision Frank Williams recently admitted was a mistake), he made a move to McLaren for 1998.

This coincided with a significant change in the aerodynamic rules which the team were perfectly placed to take advantage of. Newey’s MP4-13 was the class of the field from the first race of the year. Ever-innovative, this period encompassed Newey’s design and use a second brake pedal that allowed the drivers to independently brake the wheels on one side of the car, reducing understeer, though it was shortly banned by the FIA.

A relatively fallow period followed during the dominance of the Schumacher/Byrne/Ferrari years, and Newey ready for a new challenge by the end of 2005. He accepted a role at Red Bull, inspired by the opportunity of taking a mid-field team to the pinnacle of the sport.

He set about helping to restructure the team and setting up for the future, pushing for a switch from Ferrari to Renault engines, preferring their capacity to run with smaller fuel tanks and radiators – as ever, seeking the most slimline and efficient design.

In perhaps his most impressive achievement to date, Red Bull had become a front running team by 2009. Although the team began the year on the back foot lacking a controversial ‘double diffuser’, once the design was incoorporated into the RB5 it became the car to beat.

A string of victories for both Sebastian Vettel and Mark Webber followed at the wheel of its successors as Red Bull caught and then out-paced early front runners Brawn. Drivers’ titles for Vettel and constructors’ crowns for the team followed in 2010, beginning of streak of success which at the time of writing has run to four consecutive seasons.