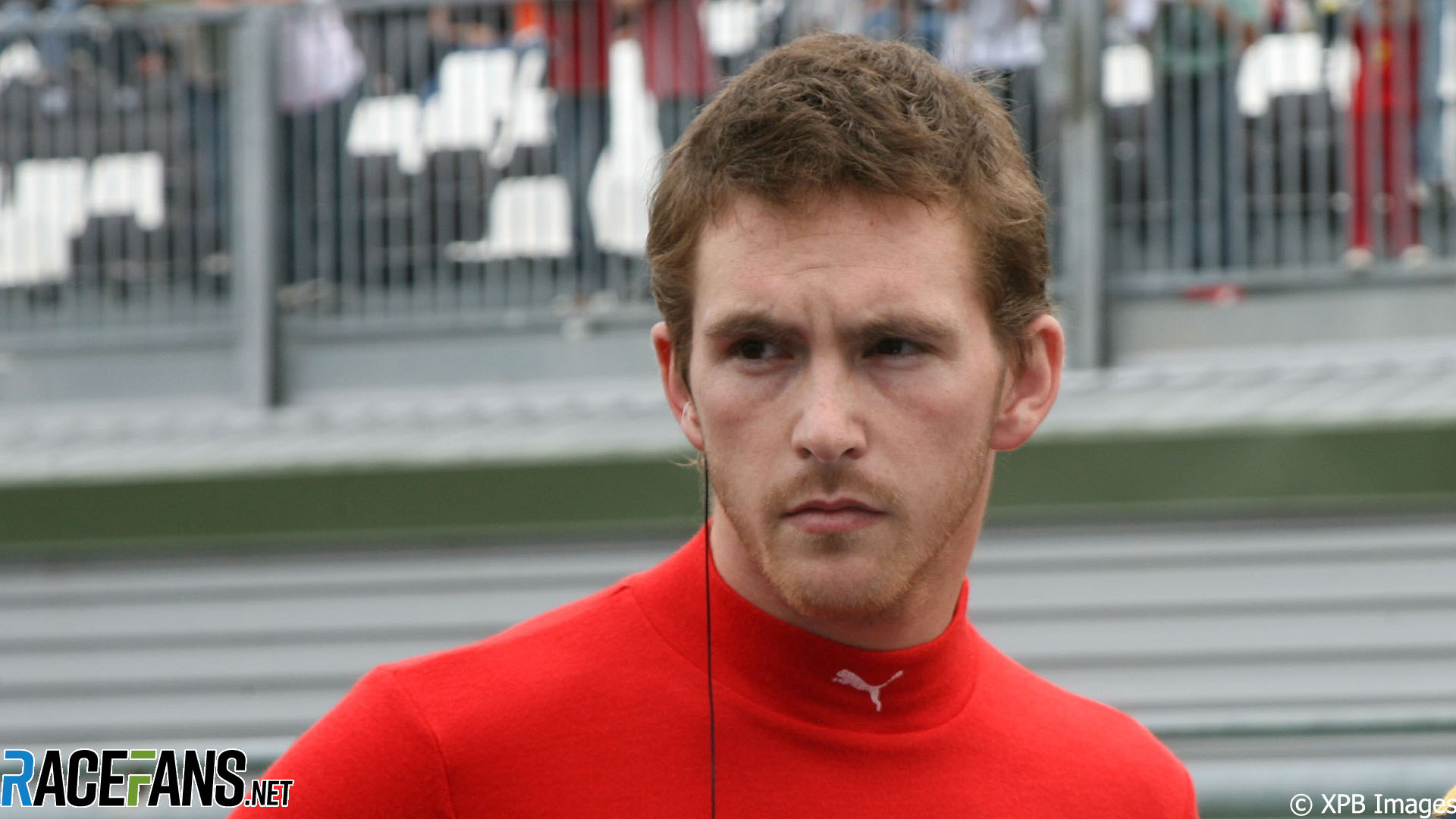 Scott Speed made his F1 debut with Toro Rosso in 2006, becoming the first American in the sport since Michael Andretti 13 years earlier.

Speed arrived in F1 with Red Bull backing, having won a pair of Formula Renault 2.0 titles in the German series and the prestigious Eurocup in 2004. He drove Red Bull’s RB1 in practice sessions at the Circuit Gilles Villeneuve and Indianapolis during 2005 in preparation for his debut.

After taking 13th in his first F1 start in Bahrain, and retiring with a clutch problem at the next round in Malaysia, Speed nearly bagged a point in his next start in Australia. He crossed the line in eighth place, good for one point at a time, but it emerged he’d passed David Coulthard under yellow flags and was bumped back to ninth.

Unfortunately for Speed that was the closest hecame to scoring a point in F1. Though he tended to give a reasonable account of himself in races, team mate Vitantonio Liuzzi had the upper hand in qualifying.

Both remained with the team for 2007. But, despite suffering several car failures and finishing ninth again in Monaco, Speed was acrimoniously dropped after an argument with team boss Franz Tost at the European Grand Prix.

He then moved the NASCAR, still with Red Bull backing, and spent six largely unmemorable years in the Sprint Cup. He entered the Indianapolis 500 with Dragon in 2011, but after a difficult start to the event his place was taken by Patrick Carpentier.

Speed turned out for Andretti’s Formula E team for four rounds of the championship’s inaugural 2014-15 season, but second place on his debut in Miami was a high that was not to be repeated.

He soon moved on from single-seater racing and found success in rallycross. He won the Global Rallycross Series for three years in a row from 2015-17 in a Volkswagen Beetle, and took the Americas Rallycross title the following year.