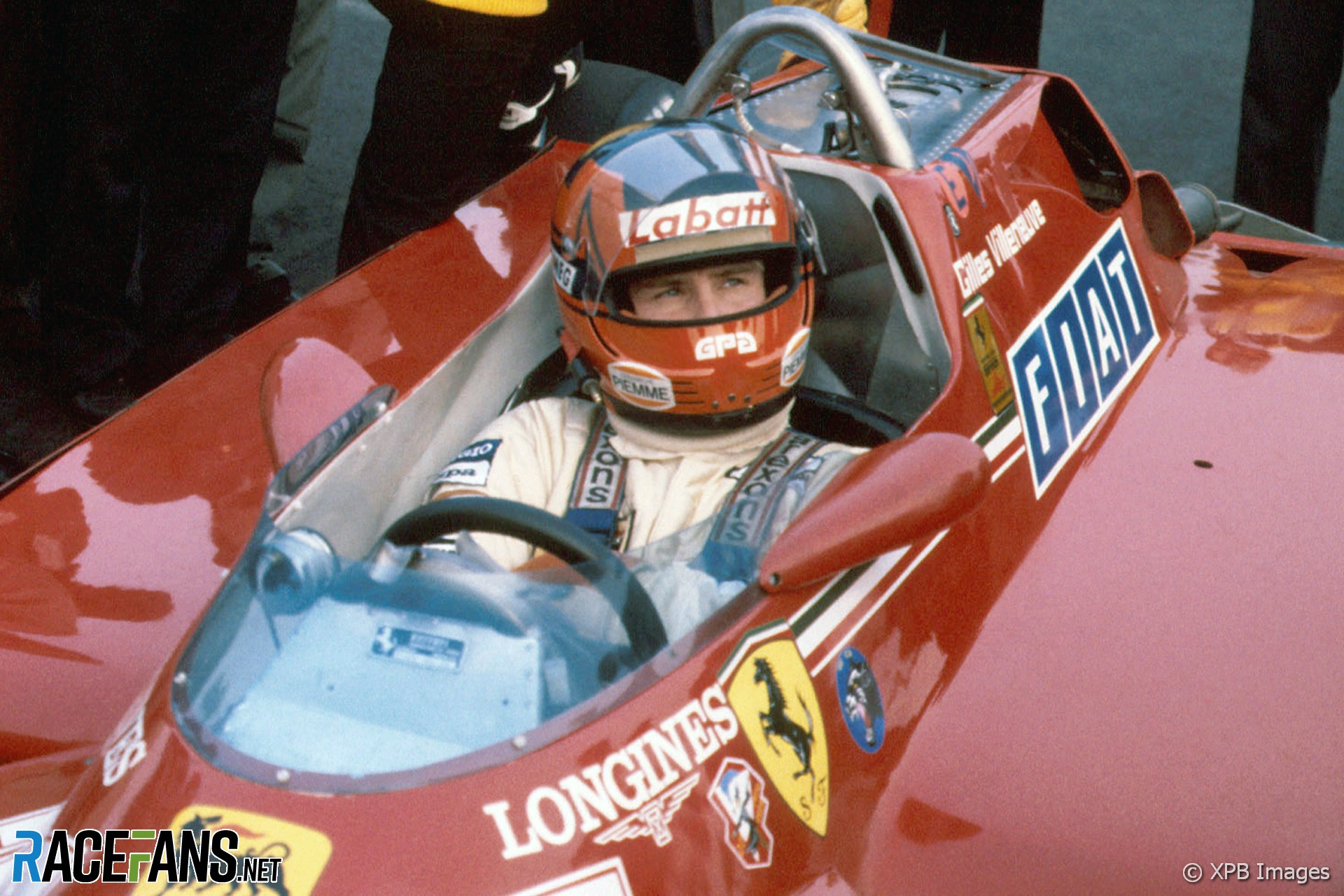 Gilles Villeneuve was one of the most spectacular drivers of his day – perhaps of all time – and was venerated by his fans after his death in 1982.

Discovered and introduced to Formula One by James Hunt, Villeneuve made his debut for McLaren at Silverstone in 1977. Despite an impressive performance in his first taste of F1 machinery, team principal Teddy Mayer passed over him for Patrick Tambay.

Enzo Ferrari snapped Villeneuve up and added him to his driver roster at the end of the year when Niki Lauda left the team. Villeneuve remained with Ferrari for the rest of his career.

Villeneuve’s erratic reputation won him both criticism and adulation. Some viewed him as an excessive risk-taker, other lauded his never-say die attitude. In his third F1 start at Fuji he collided with Tyrrell’s Ronnie Peterson and cartwheeled off the track, his car striking and killing two spectators who were standing in a restricted area.

He scored his first Grand Prix win late in 1978 on home ground at Montreal. The track was later named after him.

Villeneuve began his second full season for Ferrari strongly, taking the lead of the drivers’ championship after wins at Kyalami and Long Beach. But team mate Jody Scheckter beat him to the title after Ferrari imposed team orders at Monza, instructing Villeneuve to finish second in a Ferrari one-two.

He rounded off the year with another victory at Watkins Glen. That year he was also involved in one of the most famous battles in F1 history with Renault’s Rene Arnoux. The pair banged wheels as they furiously disputed second place, Villeneuve narrowly coming out on top.

Another example of the antics which drove his critics to despair and inspired affection among his followers came at the Dutch Grand Prix. After suffering a puncture he dragged his Ferrari around a lap of Zandvoort, the wheel gradually disintegrating as he sped back to the pits, to be told there was no hope of him continuing.

Ferrari slumped in 1980 and any hope of a championship win was far from their minds. The 1981 car was little better but Villeneuve nonetheless produced two astonishing wins, one at Monaco, the other with a four-car train of rivals on his heels at Jarama in Spain.

But that sixth win was to prove his last. The 1982 season began promisingly as the Harvey Postlethwaite-designed 126C2 was plainly competitive, but matters took a dire turn at the fourth race of the season at Imola.

Didier Pironi, who had replaced Scheckter the year before, failed to heed Ferrari’s instruction for the pair to “slow” and hold position. He stunned Villeneuve by passing him in the dying moments of the race.

Incensed, Villeneuve vowed never to speak to Pironi again. He died in a crash at the following round at Zolder, trying to better Pironi’s time in qualifying.