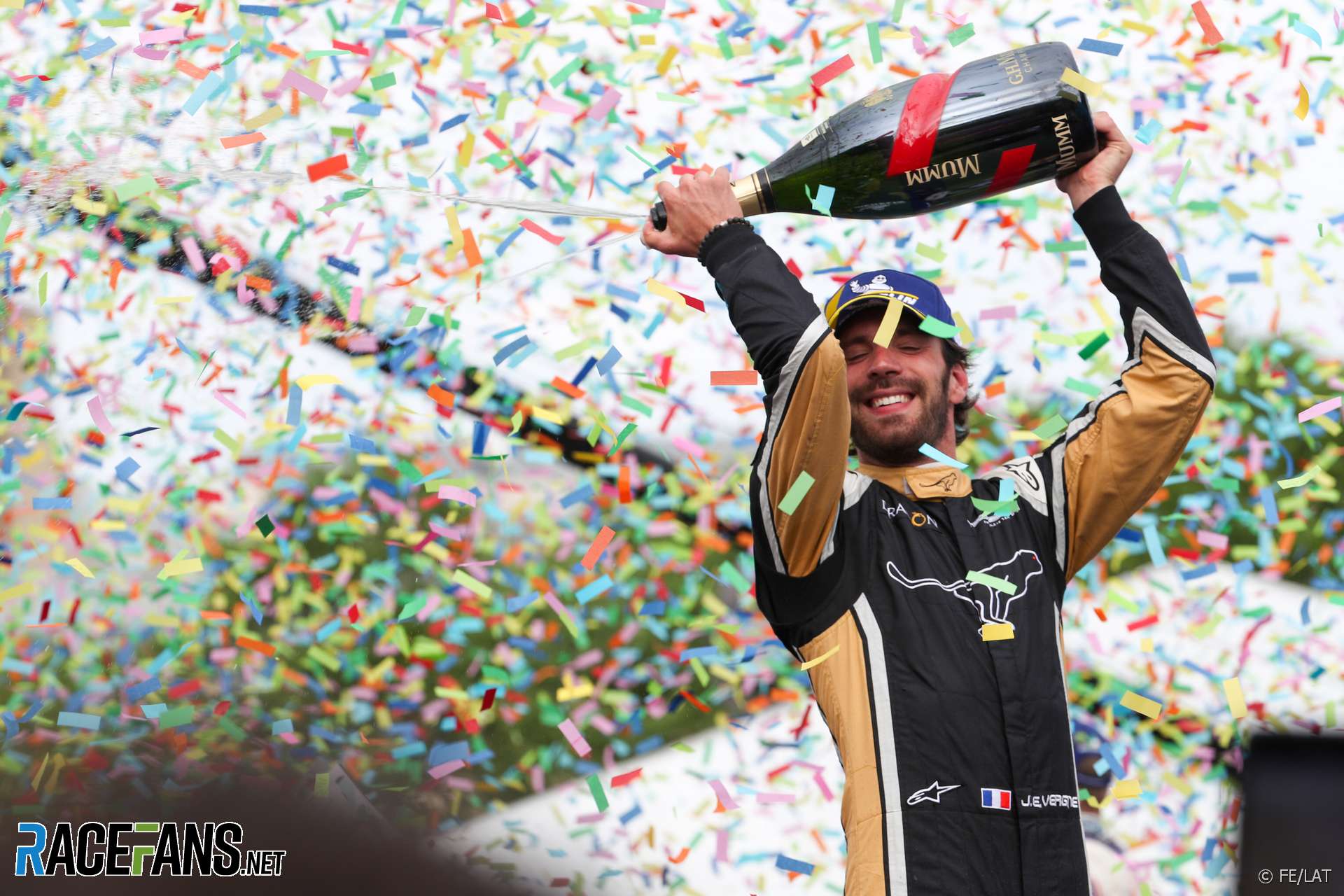 Jean-Eric Vergne followed the path of his predecessors on the Red Bull Driver Development programme. After winning the British F3 championship in 2010 he progressed to Formula Renault 3.5, which he spent in a year-long battle for the title with Carlin team mate Robert Wickens.

Vergne tended to qualify behind his team mate but they were much more closely matched in the races, taking five wins apiece. Vergne came off the back of a strong weekend on home ground at Paul Ricard poised to snatch the championship in Barcelona.

But Wickens won the first of the two races and when the pair retired in separate incidents in the second race it confirmed Wickens as the champion, nine points ahead of Vergne.

Vergne’s Red Bull connection had already secured him a run in the world championship-winning RB7 in the Abu Dhabi young drivers’ test, and he went quickest on all three days. He also drove for Toro Rosso in practice sessions towards the end of the year.

Vergne’s predecessors Sebastien Buemi and Jaime Alguersuari were dropped from Toro Rosso at the end of the year to make way for him and fellow development driver Daniel Ricciardo.

Vergne out-scored his slightly more experienced team mate in 2012, thanks in part to a bold drive in Malaysia where he remained on intermediate tyres on an increasingly sodden track until the safety car came out.

His eventual reward was eighth place, a position he repeated three further times during the season. However qualifying remained a persistent weakness relative to his team mate and in Valencia he was severely punished after causing an unnecessary collision with Heikki Kovalainen.

Vergne continued to trail Ricciardo in 2013 but gave the team their best result of the year – and his best to date – with sixth place in Canada. However it was team mate Daniel Ricciardo who was called up to replace Mark Webber at Red Bull.

Vergne remained at Toro Rosso for the 2014 season, however in August the team announced he would be replaced the following year by Max Verstappen.

Having left Toro Rosso, Vergne took up a place at Andretti’s Formula E team replacing Franck Montagny, who was dropped by the team for a drugs violation. He impressed by taking pole position on his debut and followed it up with two more by the end of the season. Vergne didn’t manage to win a race but second place at Long Beach, third in London and fourth in Moscow indicated he had a successful career ahead of him in the all-electric series.

Vergne kept an eye in F1 as a test driver for Ferrari, but concentrated his race efforts in Formula E. He joined DS for the 2015-16 season, but a tough start to his first full Formula E campaign confined Vergne to ninth in the championship despite a decent end to the year. His breakthrough win didn’t come until the final race of the 2016-17 season.

However equipped with Renault hardware for his fourth crack at the series, Vergne hit his stride. He began the season on pole position but it wasn’t until Chile, round four, that he converted a pole into victory. He followed that up with three more wins and comfortably beat reigning champion Lucas di Grassi to the title, aided by the Abt Audi man’s failure to score in the opening four races.