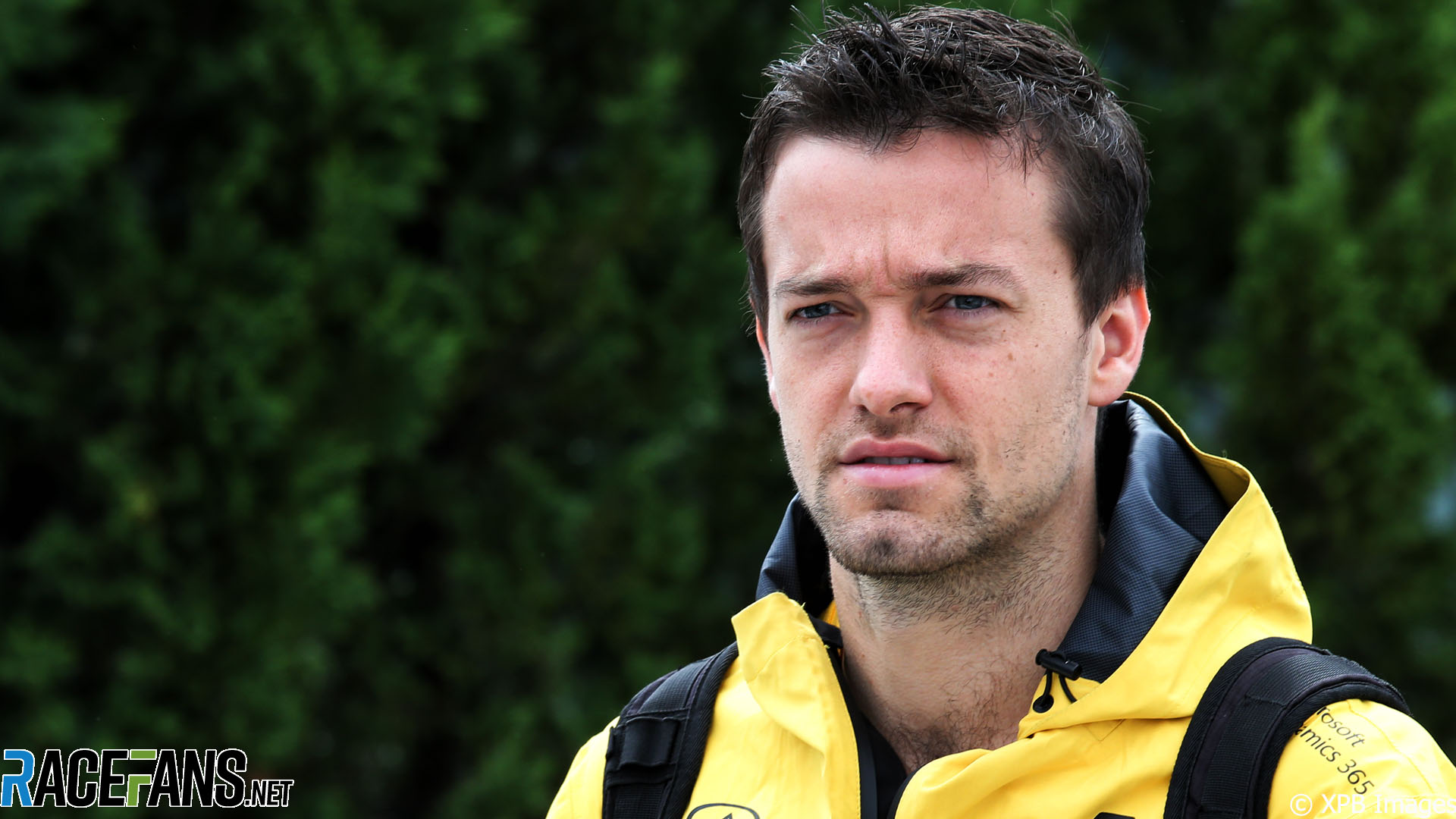 It was inevitable that Jolyon Palmer would make his start in racing through the championships run by his father, former F1 racer Jonathan Palmer. But he went on to win the championship in leading F1 feeder series GP2, which put him on course to make his race debut with Renault in 2016.

Although he first got behind the wheel of a go-kart aged just three, Palmer didn’t begin to race karts competitively for another ten years, yet he made his first appearance in a race car the following season. This was in the T-Cars series for saloon cars run by his father, who after leaving F1 had bought several British racing circuits through his Motor Sport Vision business.

His third year in T-Cars also saw him move into single-seater racing. He won twice in the Formula Palmer Audi championship and the following year placed third overall in the series, though he added just one more win.

In 2009 MSV administered the FIA’s new Formula Two championship and Palmer was on the grid. But a forgettable season yielded just a single points finish, at Imola following a crash-strewn race.

He returned the following season looking a much more competitive proposition, and led the points table for most of the first half of the year. But the pressure from rival Dean Stoneman told as the year went on and Palmer slipped to second.

Palmer had done enough to persuade his backers that he was ready for a move up to GP2, but again he struggled to impress at first. It wasn’t until the fourth race of his second season that he appeared among the points-scorers, though just six races later he was on the top step of the podium in Monaco. That proved his sole victory of the season, and he ended the year 12th overall.

Having driven for Arden and iSport in his first two seasons, for 2013 Palmer switched to Carlin alongside second-year driver Felipe Nasr. Two wins for Palmer – both in feature races – showed he was making progress, though Nasr beat him in the points standings.

The following year the pair went up against each other for the championship. Palmer was now driving for DAMS, who had taken Romain Grosjean and Davide Valsecchi to the title in his first two years in the championships.

For much of the year it was Nasr who presented his biggest threat for the title. In the closing races rookie Stoffel Vandoorne outshone both of them, but by then Palmer was closing on the title.

He began the season strongly with podium finishes in each of the five races – an impressive achievement given GP2’s structure of partially-reversed grids for the second race of the weekend. But while Palmer kept adding to his championship tally, registering 19 consecutive points finishes, outright wins eluded him for much of the year. He put that right with back-to-back victories at Monza and Sochi – and the latter secured the title with three races to spare.

At the end of the year Palmer had his first official test in an F1 car courtesy of Force India. For 2015 he joined Lotus as a test driver and drove for them in 13 practice sessions and a reported cost of £250,000 each time. With the team’s race driver Grosjean moving on for 2016, Palmer was hired to join Pastor Maldonado in the team’s squad for 2016.

With Maldonado losing his place to Kevin Magnussen pre-season, Palmer found himself team mate to a driver with just one year more experience than he had. And with the RS16 proving substantially deficient in more than one respect, scoring points would be a tall order.

By round six in Monaco it seemed things weren’t going Palmer’s way. Magnussen had the edge on one-lap pace and Palmer’s weekend came to a bruising end as he crashed heavily.

But patient work on his car’s set-up saw Palmer make clear gains. The prospect of a points finish remained remote, though he was on course for one in Hungary until he spun.

The breakthrough finally came in Malaysia where Palmer broke his duck with a single point for tenth. That was it for his season, however, and he faced a tougher challenge in 2017 as the team brought in the highly-rated Nico Hulkenberg.