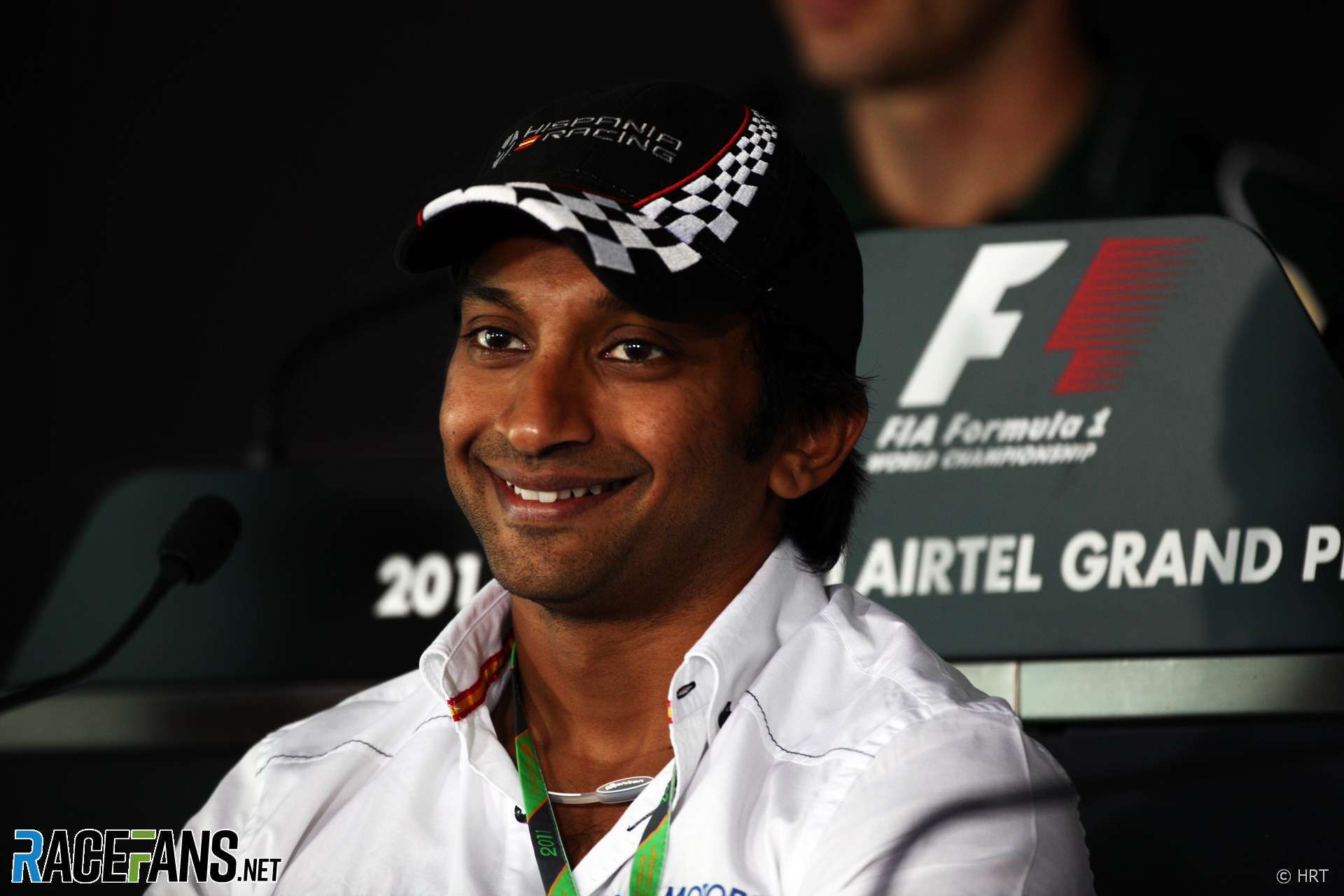 Narain Karthikeyan became the first Indian driver to race in Formula 1 when he raced for Jordan in 2005.

He split his early racing between Asia and Britain, winning the 1994 Fomula Ford winter series in Britain and the Formula Asia championship two years later.

Karthikeyan moved into Formula Three in 1998 and raced at that level for several years.

Moving up to World Series by Nissan in 2002, he was fourth overall in the category in 2003.

Karthikeyan had already tested for Jordan (as well as Jaguar) in 2001, and had a further F1 test with Minardi at the end of 2004.

This led to a full-time F1 seat with Jordan in 2005. The team was in its final year of F1 and was rarely able to challenge for points.

The United States Grand Prix was a significant exception, as Jordan were one of only three teams that took part. Even so, Karthikeyan was beaten to the final podium place by team mate Tiago Monteiro.

Monteiro was retained for 2006 but Karthikeyan was dropped. He stayed with Williams as a test driver for two years, racing in A1 Grand Prix in the meantime and winning twice for India.

In 2009 he was supposed to drive for former Jordan team principal Colin Kolles again in the Le Mans 24 Hours. But shortly before the race start he injured his shoulder and was unable to compete.

The following year he competed in Superleague Formula for the PSV Eindhoven team, scoring a single win at Brands Hatch.

Kartikeyan made a surprise comeback with HRT in 2011. However he was consistently beaten by team mate Vitantonio Liuzzi and was replaced halfway through the season by Daniel Ricciardo.

Karthikeyan made a one-off return at his home race in India at the behest of a local sponsor, before relinquishing his seat once more to Liuzzi.

Despite having been dropped halfway through 2011, Karthikeyan returned to drive for the team full-time in 2012. However his inferior status at F1’s smallest team was made obvious as he often had older parts and was invariably the one who had to give up his practice running for drivers such as Dani Clos and Ma Qing Hua.

Karthikeyan’s Tata backing was clearly a motivating factor in why he had the drive, but he did not disgrace himself with it. However the collapse of the team at the end of the season brought an end to his participation in Formula One.