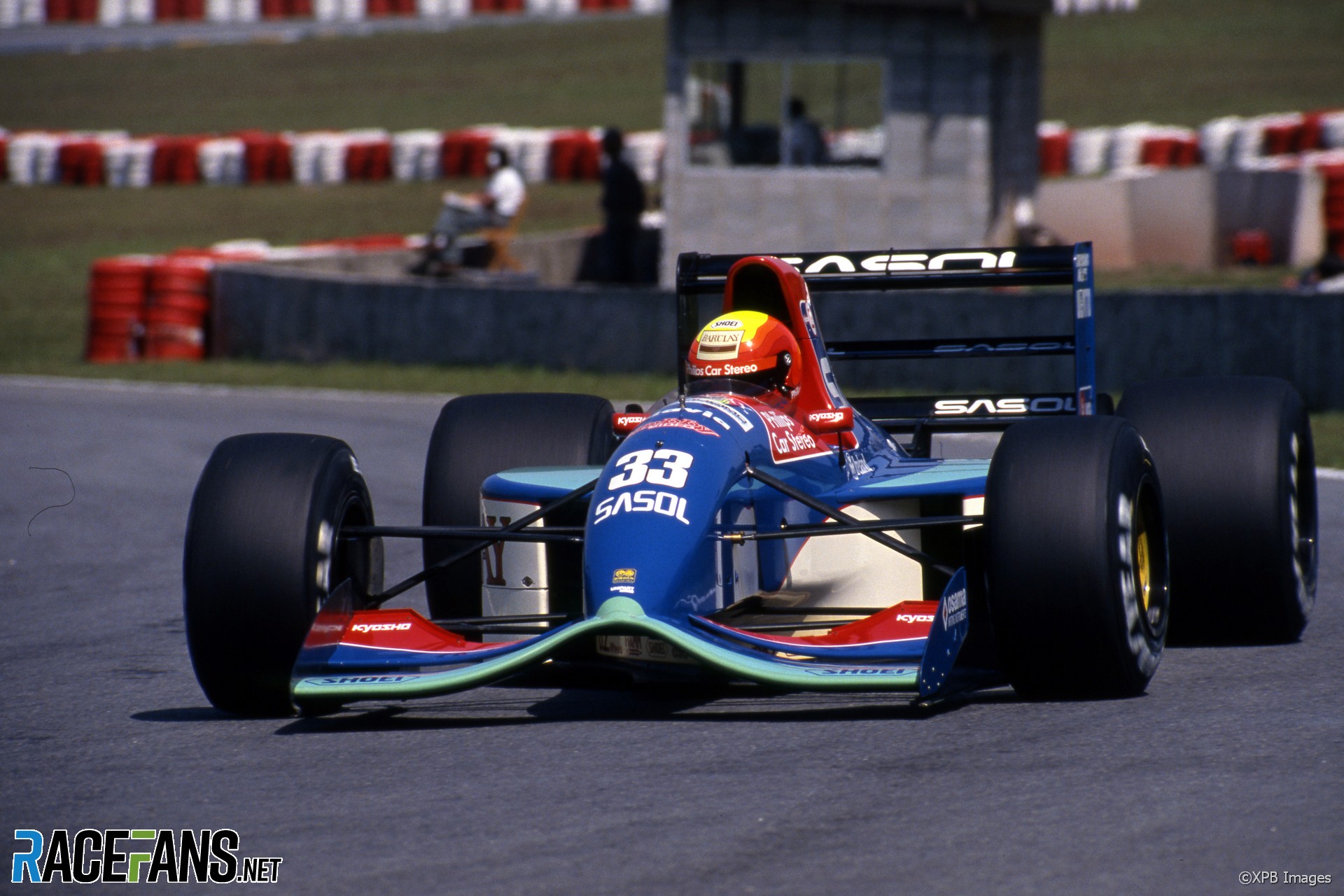 After Jordan’s strong debut season in 1991 in which they managed to secure fifth in the constructors’ championship with 13 points, repeating their success in 1992 was never going to be a given.

Moving from a customer Ford team to Yamaha V12 engines proved to be a difficult transition for the young team, leading to technical director Gary Anderson describing 1992 as a “character-building year”.

With drivers Stefano Modena and Mauricio Gugelmin at the helm, Jordan fell to 11th in the constructors’ championship, going from five points finishes out of 16 races in 1991 to a share of 11th and last place in the championship after only snatching a point for sixth in the very final race in Adelaide.

The Jordan 192 was plagued with mechanical gremlins and poor reliability across the season. Gugelmin finished only five of the 16 races and retired from the other 11 while team mate Modena fared even worse, only seeing the chequered flag for the first time all season in the Belgian Grand Prix, 12 races into the season.

But it was Modena who took the team’s sole point at the last possible opportunity in Australia with a sixth place finish. Deciding to give up on their collaboration with Yamaha, Jordan moved to Hart engines for the following two seasons.