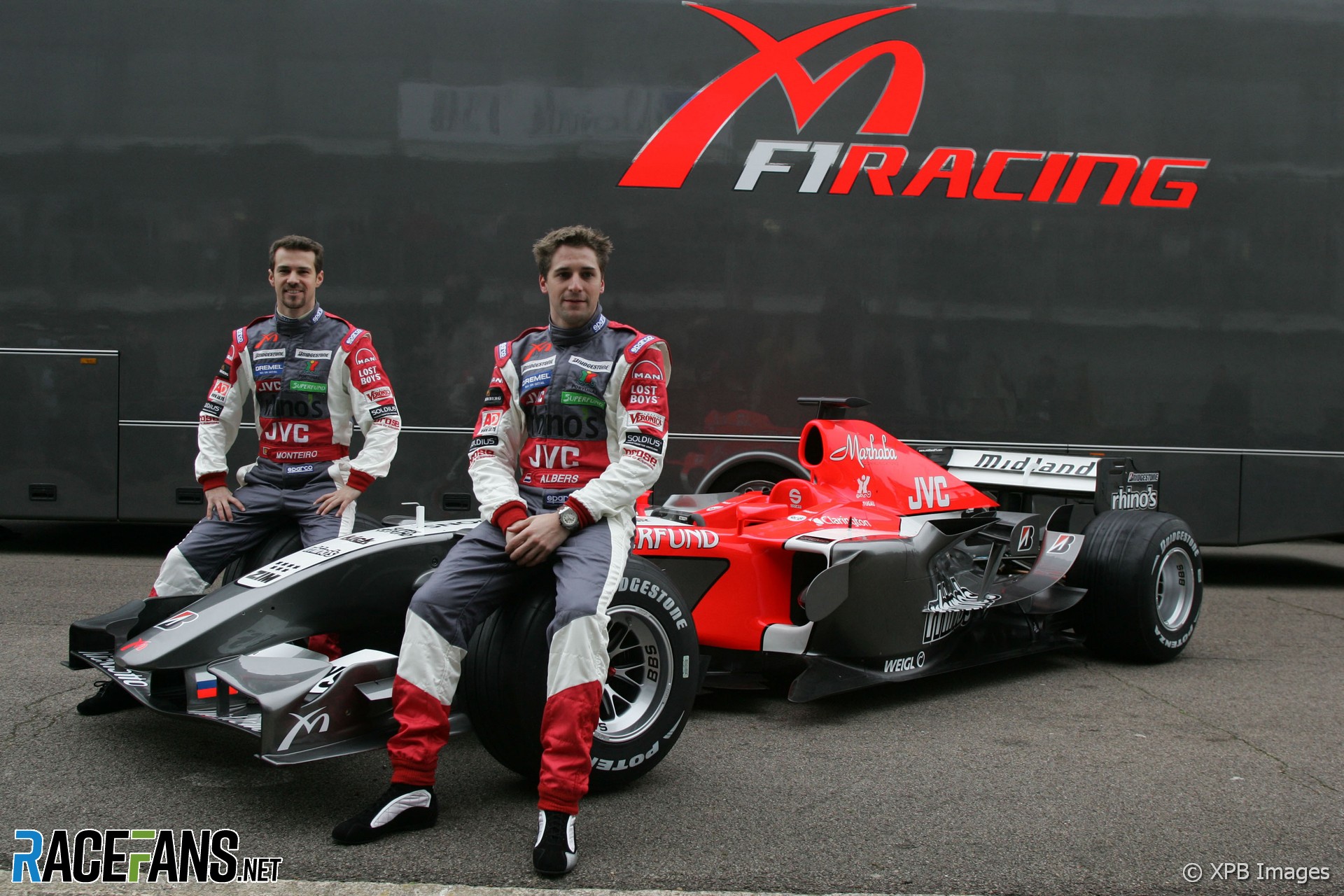 Jordan, which entered Formula 1 in 1991, was sold to Alex Shnaider’s Midland Group who rebranded the team in 2006. Their M16 was revealed at Silverstone on February 3rd.

Shock 2005 United States Grand Prix podium finisher Tiago Monteiro remained to drive the car and was joined by Christijan Albers. However the Toyota-powered M16 never troubled the scorers, and the team only finished ahead of Super Aguri in the championship by dint of Monteiro’s ninth place finish in Hungary.

Before the season was over the team was sold to Dutch carmaker Spyker, who rebranded it again.