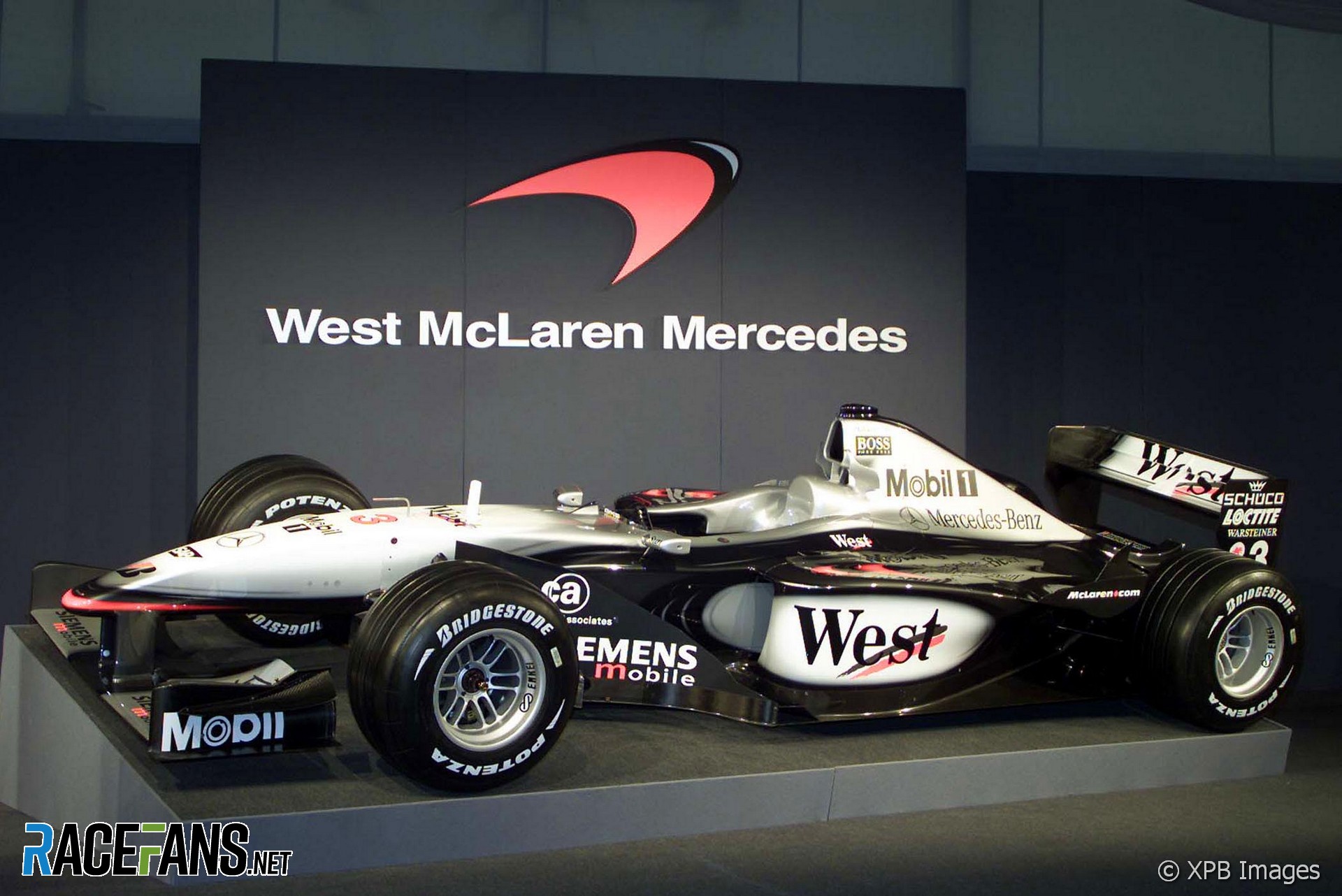 In 2000 McLaren were beaten by Ferrari to the constructors’ championship for the second year in a row, while Mika Hakkinen lost his driver’ title to Michael Schumacher. Ferrari’s increasingly superior reliability and speed made the difference, a trend McLaren failed to reverse the following year with the MP4-16.

Although it won four races in the hands of Hakkinen and David Coulthard, the MP4-16 wasn’t able to mount a season-long challenge to Ferrari’s F2001, and Schumacher wrapped up the title with four races to spare.

Though not particularly deficient in any single area, the MP4-16 came up slightly short compared to the Ferrari in most respects. It suffered reliability problems from the first race – where Hakkinen suffered a suspension failure which pitched him into the barriers at speed – and when traction control was legalised at round five McLaren had a series of electronic problems.

The team were also tripped up by other rules changes. Front wing heights were raised, and the team suffered an aerodynamic imbalance from the beginning of the season. Engine suppliers Mercedes slipped behind not only Ferrari but also Williams suppliers BMW in the power stakes, a ban on the use of beryllium being one complication which contributed to an estimated 20bhp deficit.