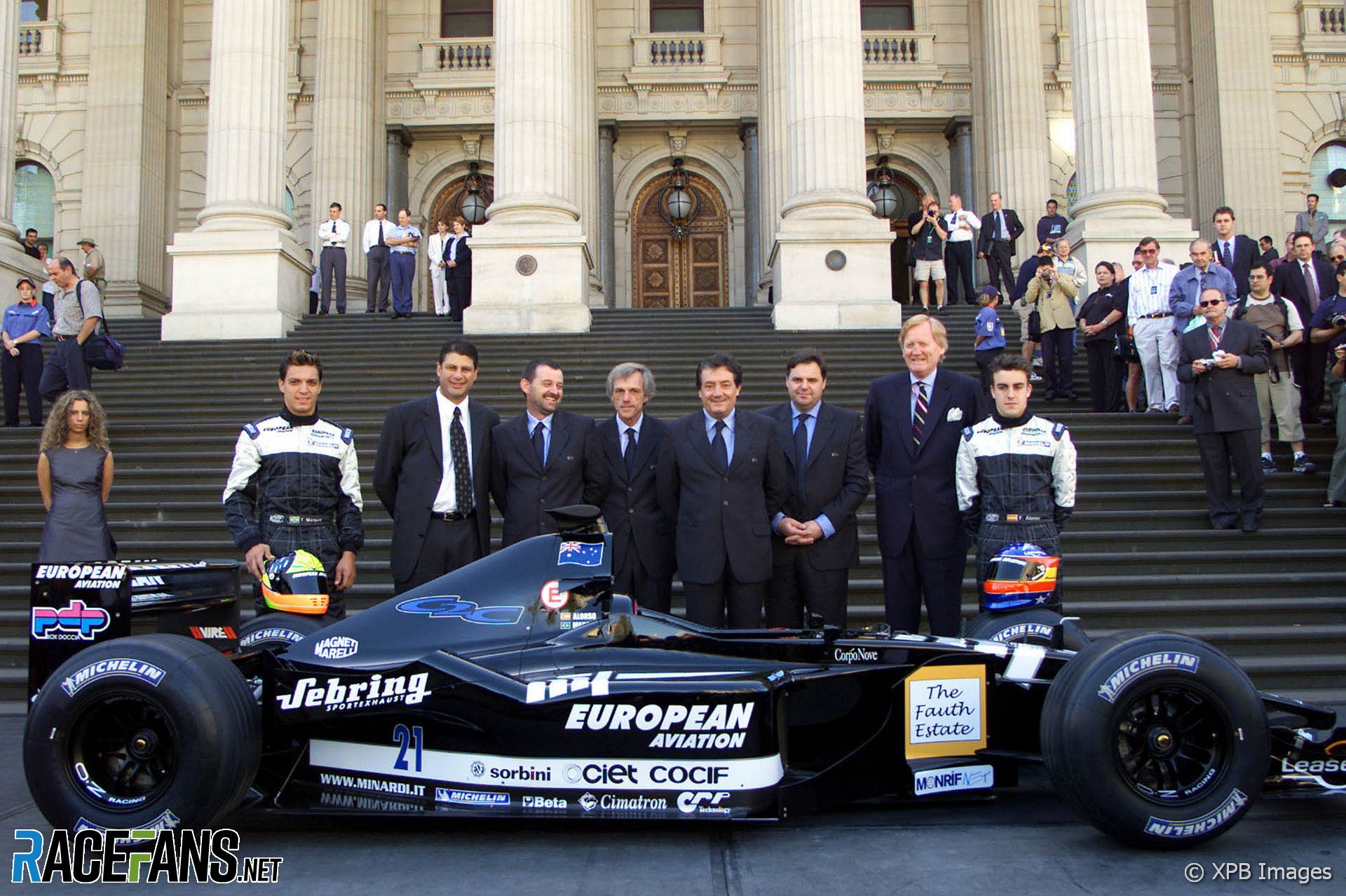 The Minardi team was sold to Australian businessman Paul Stoddart ahead of the 2001 F1 season and from then on their chassis adopted his initials. The new PS01 was powered by an engine branded as ‘European’, after Stoddart’s aviation firm.

Following a shakedown test for one chassis at Vairano in Italy in late February, the PS01 was formally launched on the steps of the State Parliament of Victoria in Melbourne ahead of the season-opening Australian Grand Prix. Its drivers were Tarso Marques and newcomer Fernando Alonso, making his step up from Formula 3000 and arriving at the team via manager Adrian Campos, a former Minardi driver.

Despite minimal pre-season testing – Marques’s chassis was completed in the Albert Park garage – Alonso brought his car home 12th in the first race. While the team ended the season last and point-less, Alonso showed flashes of tremendous potential, notably in the Suzuka season finale where he came in 11th ahead of a Prost, a BAR, both Arrows and a Benetton.