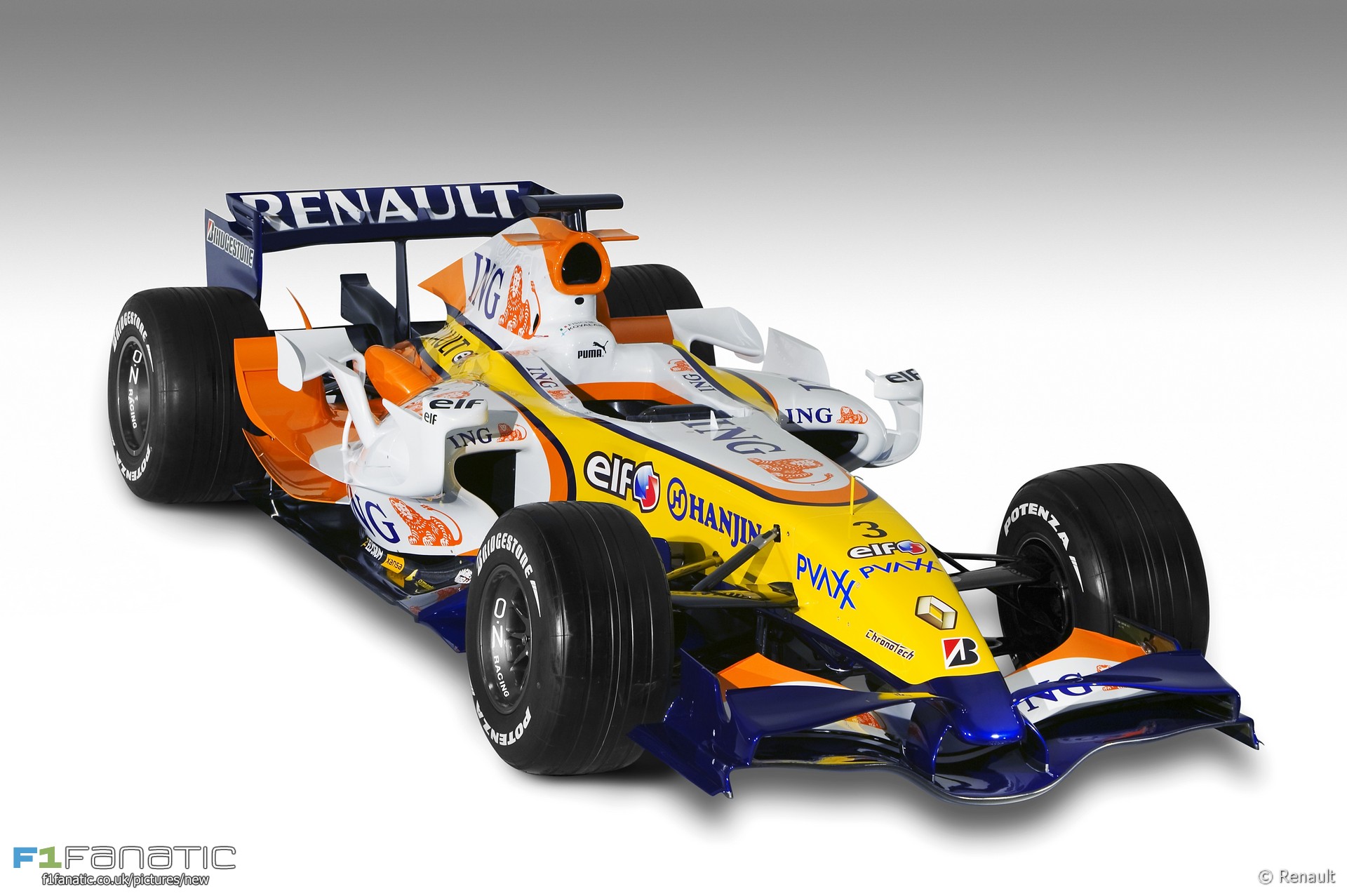 Having won the constructors’ championship in the previous two seasons and taken Fernando Alonso to the title in both years, Renault suffered a disappointing campaign with the R27.

With Alonso off to McLaren, Giancarlo Fisichella remained to drive the car, partnered by new team mate Heikki Kovalainen. The team also had to cope with a move to using Bridgestone tyres following the departure of long-time supplier Michelin.

The result was a campaign which not only failed to yield any victories, but for much of the season it seemed they wouldn’t even make it to the podium. Kovalain finally put that right with three races to spare, taking a superb second in a rain-soaked race at Fuji.