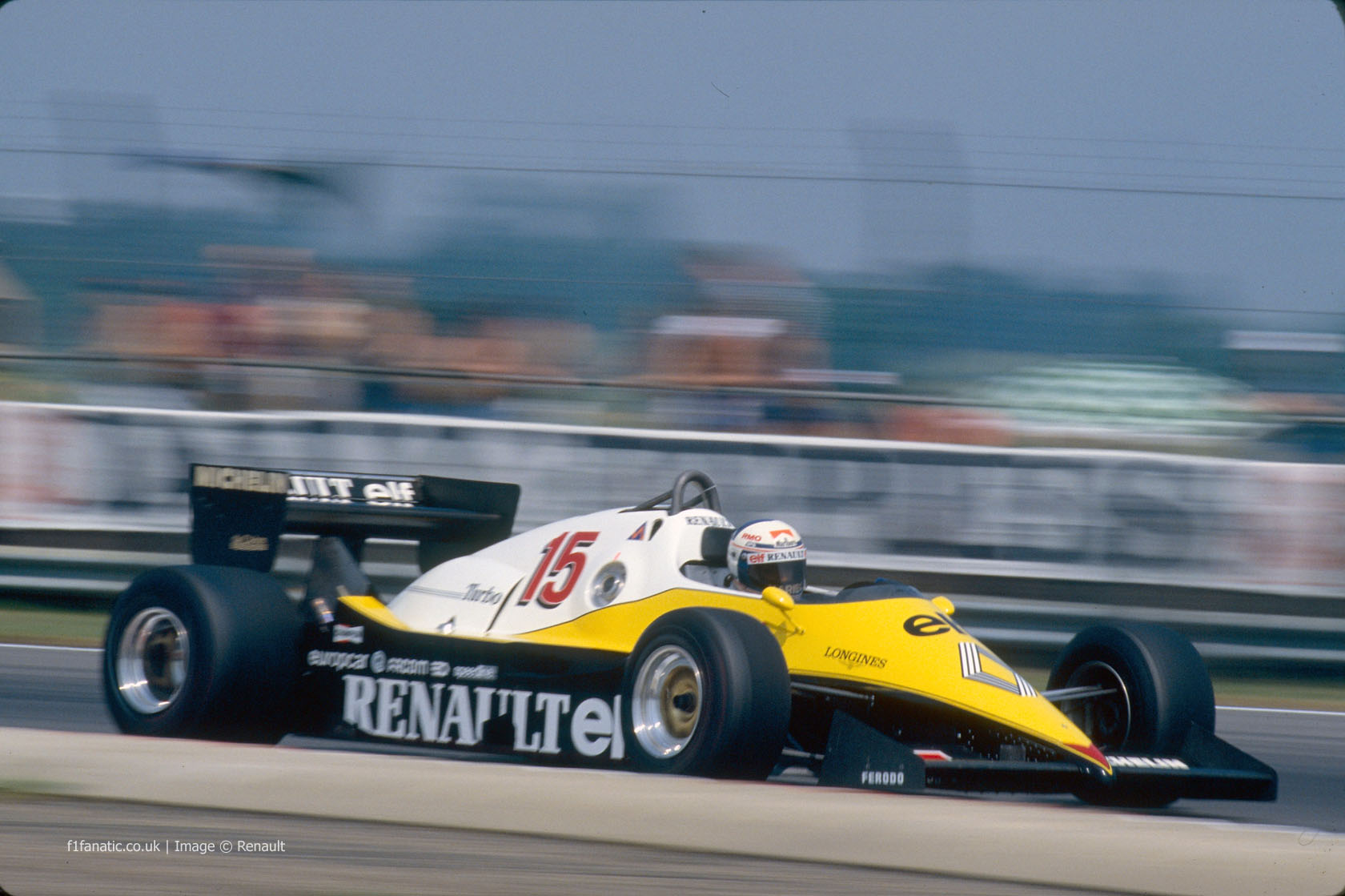 However he was narrowly beaten to the crown by Nelson Piquet’s Brabham-BMW in the final race of the season. Ferrari scooped the constructors’ championship title.

Renault had arrived in Formula One six years earlier and revolutionised the sport by proving turbocharged engines could be successful. By 1983 turbocharged cars had attained supremacy and Renault’s EF1 V6 turbo was producing around 650bhp in race trim and much more in qualifying when the boost was turned up. Engine designer Jean-Pierre Boudy used a Renault 18 road car to develop its new water injection system.

A single example of the Renault RE40 was ready for the second race of the year for Prost to use. For the team’s home race at France both he and Eddie Cheever had access to the new car and Prost delivered its first victory.

The Michel Tetu-designed car was responsible for introducing some innovations to F1. Notably, a diffuser which used waste gases from the exhaust to increase its performance was added in Monaco.

But as the season went on Renault found themselves increasingly out-developed by their rivals. And while they made some progress with the reliability problems which plagued them throughout 1982, car failures were still common enough to be a significant setback, particularly for Cheever.

In contrast Prost amassed four victories in the Renault RE40. However his retirement from the final race of the year at Kyalami left the door open for Piquet to take his second title, and led to Prost’s departure from the team.