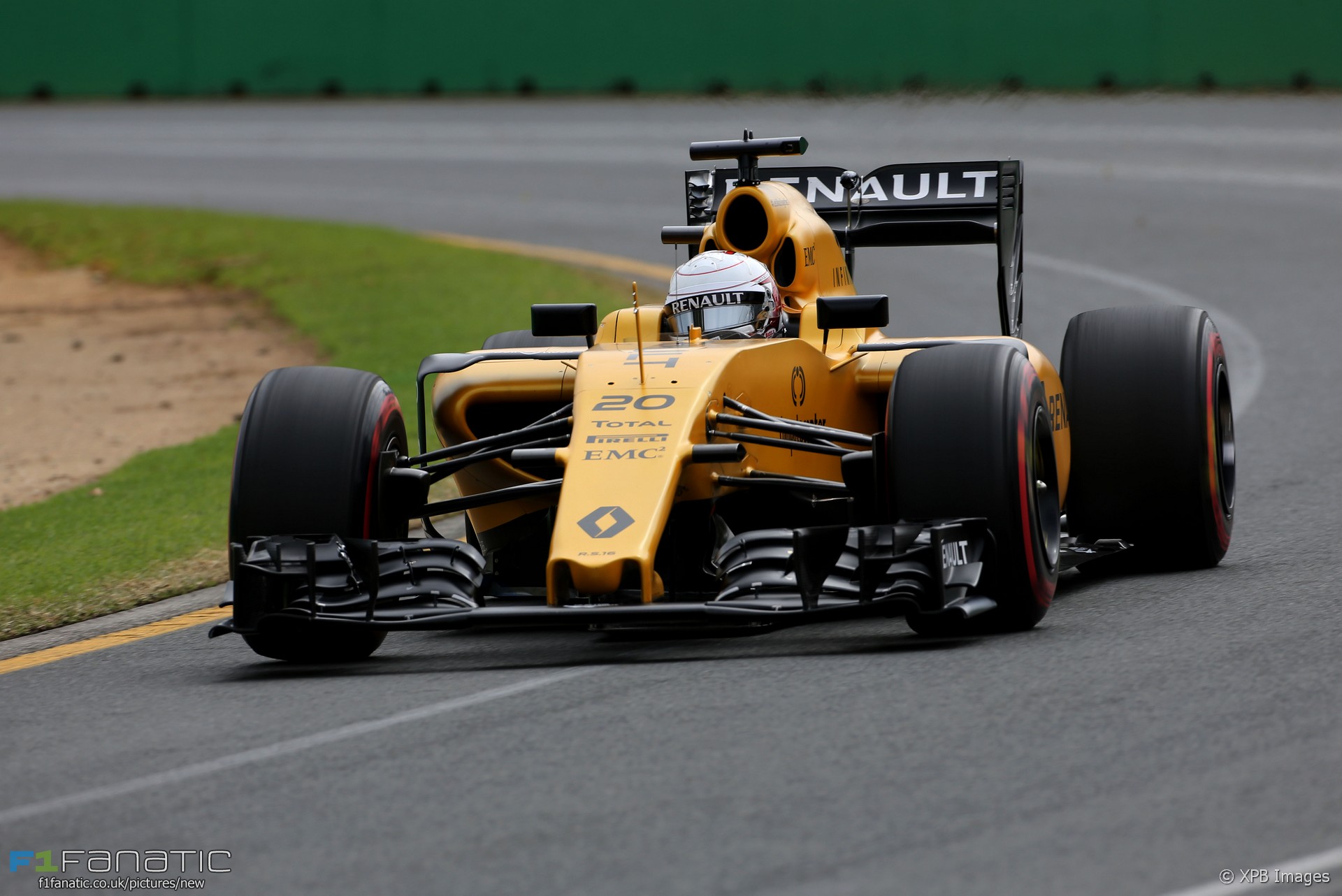 Having sold its F1 team at the end of 2009, Renault returned seven years later having bought it back from Lotus. In the intervening period the Renault name had remained until 2011.

Due to their late decision to return, the Renault RS16 was closely based on the E23 raced by the team the previous season, which used a Mercedes engine.

The RS16 initially appeared in a black testing livery. Ahead of the first race of the season Renault revealed a new yellow colour scheme.