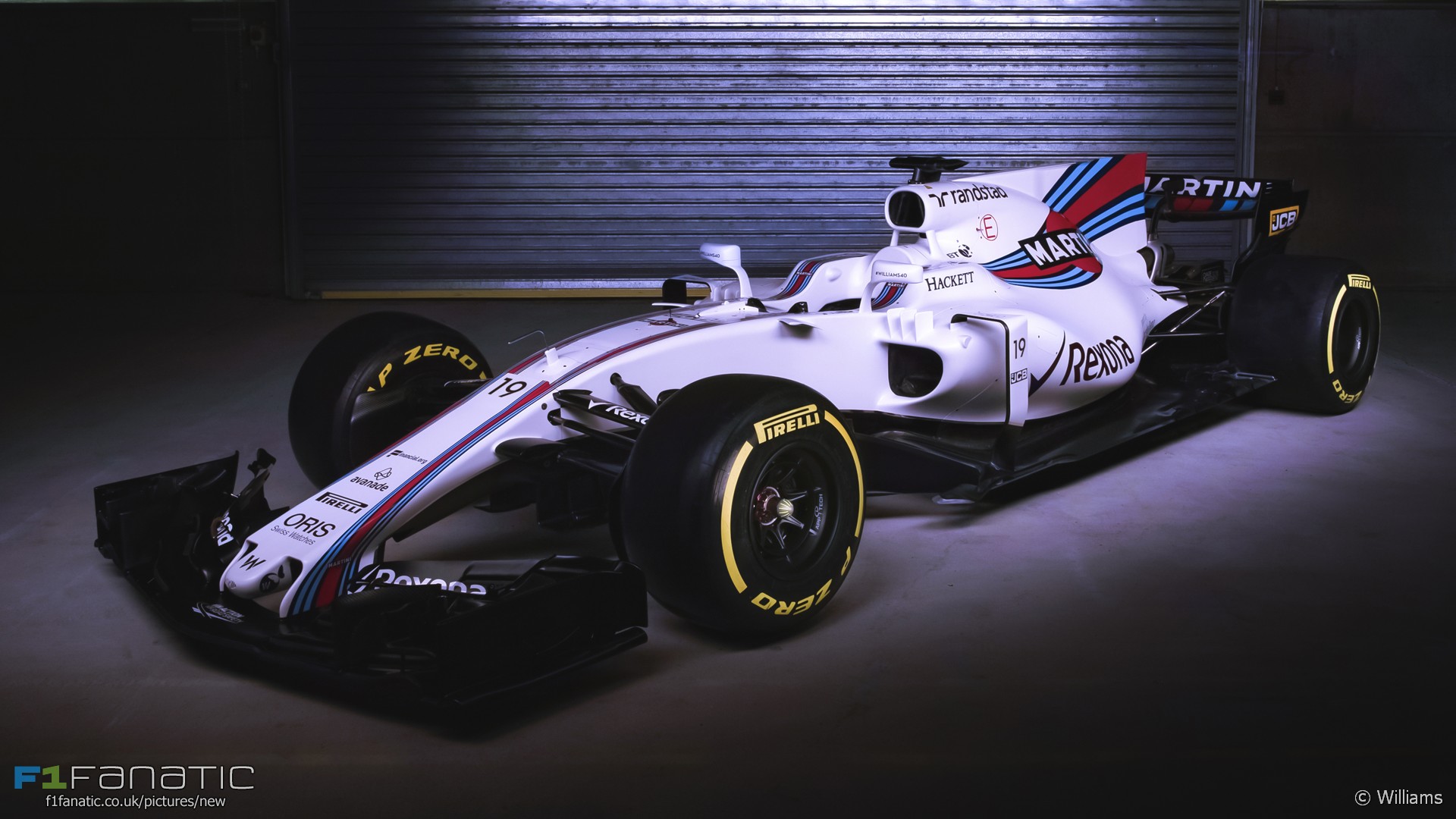 The Williams FW40 was first revealed by the team in images published on February 17th. The team were the first to reveal images of a design for the 2017 F1 season in which the regulations were changed to permit wider cars and tyres.

Williams went into their 40th anniversary year having fallen to fifth position in the constructors’ championship the year before. Force India had overtaken them as the leading team using Mercedes customer engines.

In response to this Williams had shaken up its technical team. Chief technical officer Pat Symonds stood down and the team welcome aerodynamicist Dirk de Beer from Ferrari.

Although its predecessor had been the FW38, Williams chose to call their 2017 car the FW40 in order to coincide with their anniversary. The FW39 designation was therefore skipped.

The team introduced a three-plane T-wing as part of its high-downforce configuration at the Hungaroring.