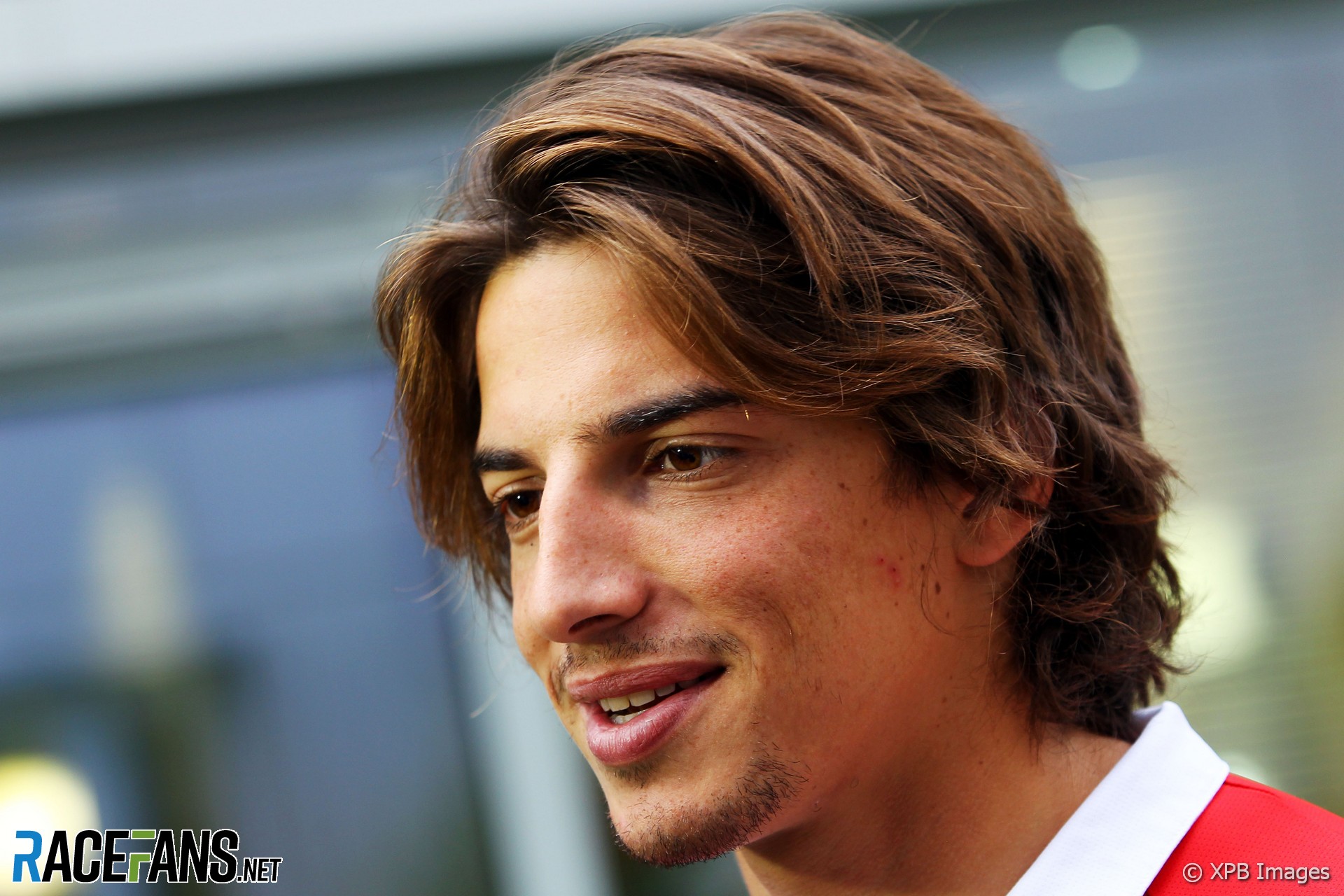 Roberto Merhi, who is managed by former F1 driver Mark Blundell, gained his promotion to Formula One with Manor less than a week before the start of the 2015 season.

Merhi made an early start in Formula Three in Spain’s domestic series in 2006, when he was 15. In 2008 he split his efforts between that and a successful Formula Renault 2.0 programme, coming foutrh and second in the Eurocup and Western European Championships, before stepping up to the F3 Euroseries the following year.

He took the Euroseries title in its penultimate year in 2011, and also scored well enough in the eight rounds which counted towards the FIA’s new F3 trophy to win that as well.

For 2012 Mercedes signed him up to their DTM programme where he had the opportunity to learn from seven-times F1 champion Michael Schumacher. But Merhi’s switch to tin-top racing did not go well: after two years he never finished in the top six until his final race, where he scored what looked like a breakthrough second place.

He elected to return to single-seaters and in 2014 joined Zeta Corse to contest the Formula Renault 3.5 championship. He took a team which had finished tenth the previous year to fourth place, single-handedly scoring all of their points.

Merhi took three wins, the pick of which was a superb performance at a wet Hungaroring, and he kept title favourite Carlos Sainz Jnr in range until the final round. However a disastrous double-header at Jerez saw Merhi slip to third in the final standings: he was eliminated in a first-corner accident in race one, and his car failed in race two.

During 2014 Merhi also took the opportunity to make his debut in an official F1 session. He made three appearances in one of Caterham’s cars.

Merhi signed a deal to return to Formula Renault 3.5 with Pons in 2015. However just a few days later he was confirmed as Manor’s second driver for the opening round of the championship alongside his a former rival from the series, Will Stevens.

It came as little surprise that Merhi’s lack of funding meant he was unable to spend a full season driving for Manor. However he appeared for the team in all bar five of the year’s races, the rest being taken Alexander Rossi.

Merhi’s height put him at a weight disadvantage compared to Stevens at first. His unfamiliarity with F1 procedures also put him at a disadvantage – he picked up a penalty early in the year for failing to observe correct procedure when the Safety Car came out.

A bigger problem for both drivers was the team’s lack of pre-season preparation. They only arrived at Melbourne thanks to an 11th-hour rescue package and neither car ran all weekend. Only Merhi made it to the flag at the second race in Malaysia.

Monaco proved a turning point: Merhi out-raced Stevens for the first time and from then on he gave his team mate much greater competition. Soon afterwards Rossi chose to end his unrewarding Formula Renault 3.5 venture with Pons, having picked up a ban at the Red Bull Ring after stopping at the start/finish line at the end of one race, causing a huge crash.

However if he was hoping this would reap rewards for him in F1 he was to be disappointed. Soon afterwards Rossi arrived, leaving Merhi to make a pair of reappearances at Sochi and Yas Marina towards the end of the year.